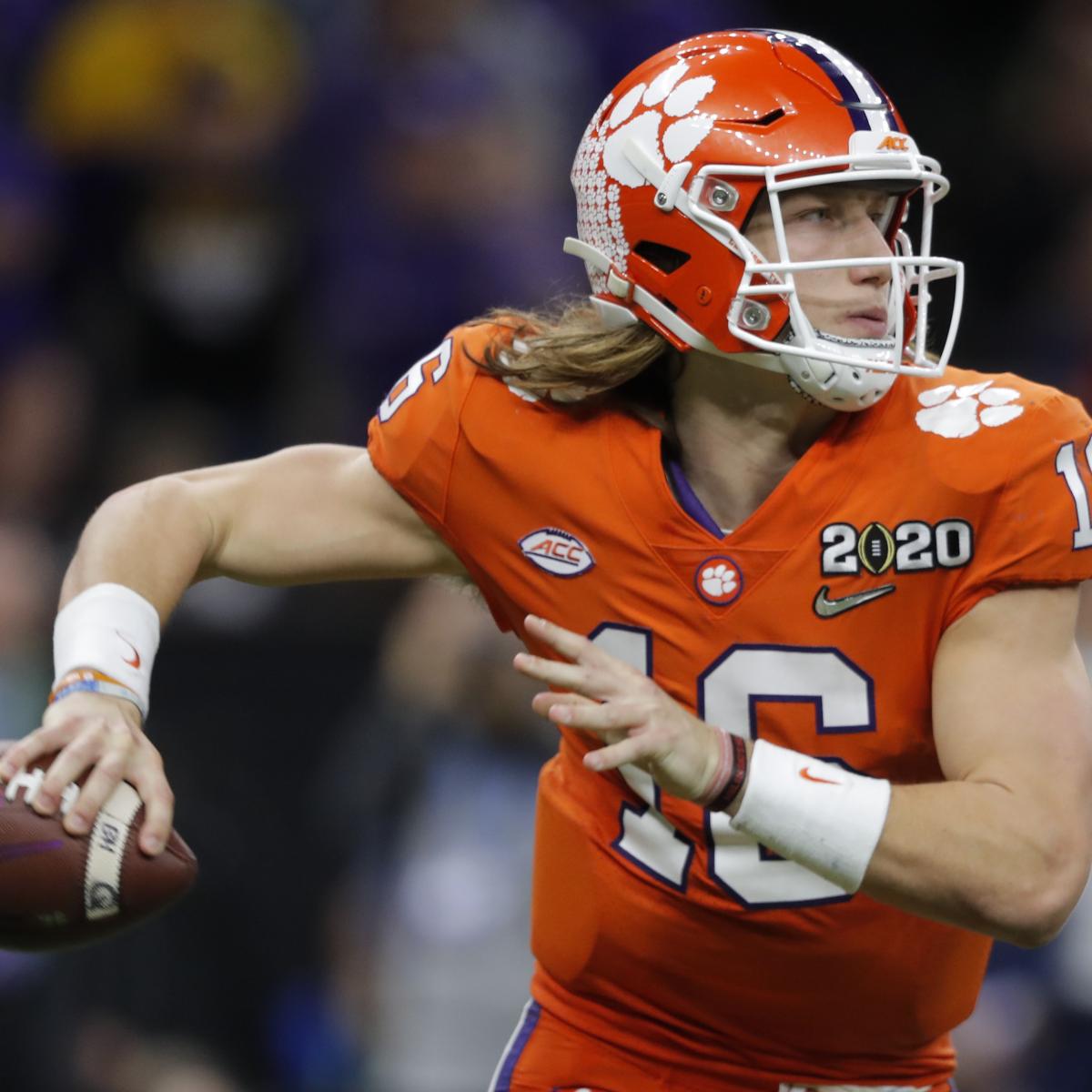 The start of the 2020 NFL regular season is upon us, as the Kansas City Chiefs and Houston Texans are set to kick things off Thursday. While some teams like the champion Chiefs have their sights set on the Lombardi Trophy, others are likely looking ahead to the top of the 2021 NFL draft.

NFL teams will never publicly tank, but with premier prospects like Clemson quarterback Trevor Lawrence and LSU receiver Ja’Marr Chase in the draft pool, some might not mind putting together poor records to land high draft slots.

While it’s impossible to predict records for the 2020 season, we can use Super Bowl odds as a guide to predict how next spring’s draft might unfold. We’ll use those here in reverse order, with odds from DraftKings Sportsbook, to compile a pick order and set the stage for an early 2021 mock draft.

The Jacksonville Jaguars have set themselves up to chase the No. 1 pick in next year’s draft, even if it’s not necessarily by design. After trading away defensive standouts Ronnie Harrison and Yannick Ngakoue and releasing running back Leonard Fournette, the Jaguars have one of the most questionable rosters in the NFL.

If the Jaguars manage to be competitive in 2020, it will likely be because of quarterback Gardner Minshew II. The 2019 sixth-round pick out of Washington State has been given this season to prove that he can be Jacksonville’s franchise quarterback.

Were Minshew to play well, the Jaguars might not end up at the top of the draft, and they ‘re unlikely to take a quarterback. If he doesn’t—and the Jags fare as Vegas expects them to—then Jacksonville is likely to turn the page at quarterback.

For now, Lawrence is considered the top quarterback in this draft class, as he has been since stepping on to the national stage as a freshman in 2018.

Lawrence is the top quarterback right now, but with the draft more than half a year away, there’s plenty of time for a prospect like Ohio State’s Justin Fields to overtake him. In fact, Fields might already be ahead of the Clemson signal-caller on some draft boards.

Fields certainly made a case for himself during the 2019 season, when he finished with 3,273 passing yards, 484 rushing yards and 51 total touchdowns with just three interceptions.

As is the case in Jacksonville, the Washington Football Team has a quarterback in place. In its case, that quarterback is 2019 first-round pick Dwayne Haskins.

While giving up on Haskins after just two seasons would be surprising, it would make sense if Washington finishes with one of the worst records in football. The Arizona Cardinals gave up on first-rounder Josh Rosen after one season, and they landed what appears to be a franchise quarterback in Kyler Murray by doing so.

If Haskins flops in his sophomore season, Washington just might trade him in for another Buckeyes signal-caller.

There’s a chance that the New York Jets could look to move on from quarterback Sam Darnold if he struggles in his third season. However, with Lawrence, Fields, and North Dakota State’s Trey Lance off the board in this mock, it makes sense to instead get him some help.

While Darnold has only shown occasional signs that he could be a true franchise quarterback, he hasn’t been surrounded by a strong supporting cast. Adding Chase would immediately change that, as the LSU star is one of the best receiver prospects in recent memory.

Chase can be the sort of dominant No. 1 receiver most NFL quarterbacks dream of playing with—and the sort who could help turn Darnold into a star.