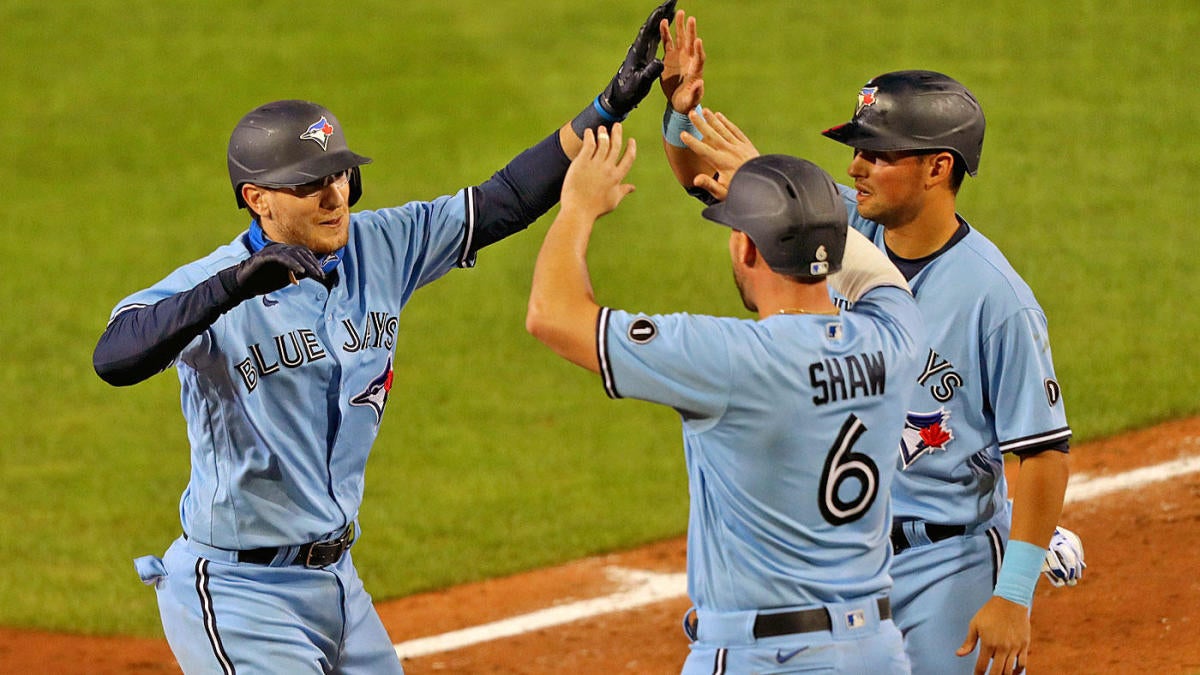 The New York Yankees and Toronto Blue Jays kicked off a three-game series Monday night at Sahlen Field in Buffalo, New York. Entering the sixth inning, the Yankees held a 6-2 lead and were just a few innings away from snapping their three-game losing streak. But instead the Blue Jays scored 10 runs on New York’s bullpen and went on to win 12-7 (box score), and the Yankees’ skid was extended to four consecutive losses.

Let’s take a look at how things went down. This half-inning had a little bit of everything.

Yankees right-hander Chad Green found himself in a jam with the bases loaded and just one out in the bottom of the sixth after two walks and an infield single. Blue Jays first baseman Rowdy Tellez worked a nine-pitch at-bat that resulted in a fielding error on behalf of Yankees first baseman Luke Voit. He reached first, a run scored and the bases were loaded once again.

That’s when Yankees manager Aaron Boone turned to Adam Ottavino in relief. On the first at-bat, Ottavino allows a two-run single to Vladimir Guerrero Jr. It’s now 6-5. Guerrero steals second base for the first stolen base of his young career, and Lourdes Gurriel knocks in another run with a single to left-center field. The score is now tied.

Ottavino then walks Jonathan Villar and follows that up by allowing another RBI single. The next Blue Jays batter draws another walk from Ottavino. But, the final dagger comes when Danny Jansen hits a grand slam to cap off the 10-run sixth inning.

Green’s ERA jumped to 4.26, and Ottavino allowed six runs without getting any outs as his ERA rose to 7.82. All in all, three Yankees pitchers threw 65 pitches in the inning.

Injuries have mounted for both clubs in this abbreviated 2020 season, but it’s the Blue Jays who are still finding ways to win. The Blue Jays are missing outfielder Teoscar Hernandez and shortstop Bo Bichette, and the Yankees are without Aaron Judge and Giancarlo Stanton.

With the loss, the Yankees (21-20) have dropped 14 of their past 19 games. The Blue Jays (23-18), meanwhile, have gone 6-4 in their past 10 games and now hold a two-game lead over New York for second place in the AL East. With the 16-team expanded postseason this year, a second-place finish is an automatic lock for the playoffs. Following a 16-6 start to the season, the Yankees have dropped into the American League’s eighth and final playoff spot.

You can read more on this important series between division rivals here. CBS Sports also has the latest on the current 2020 playoff picture.