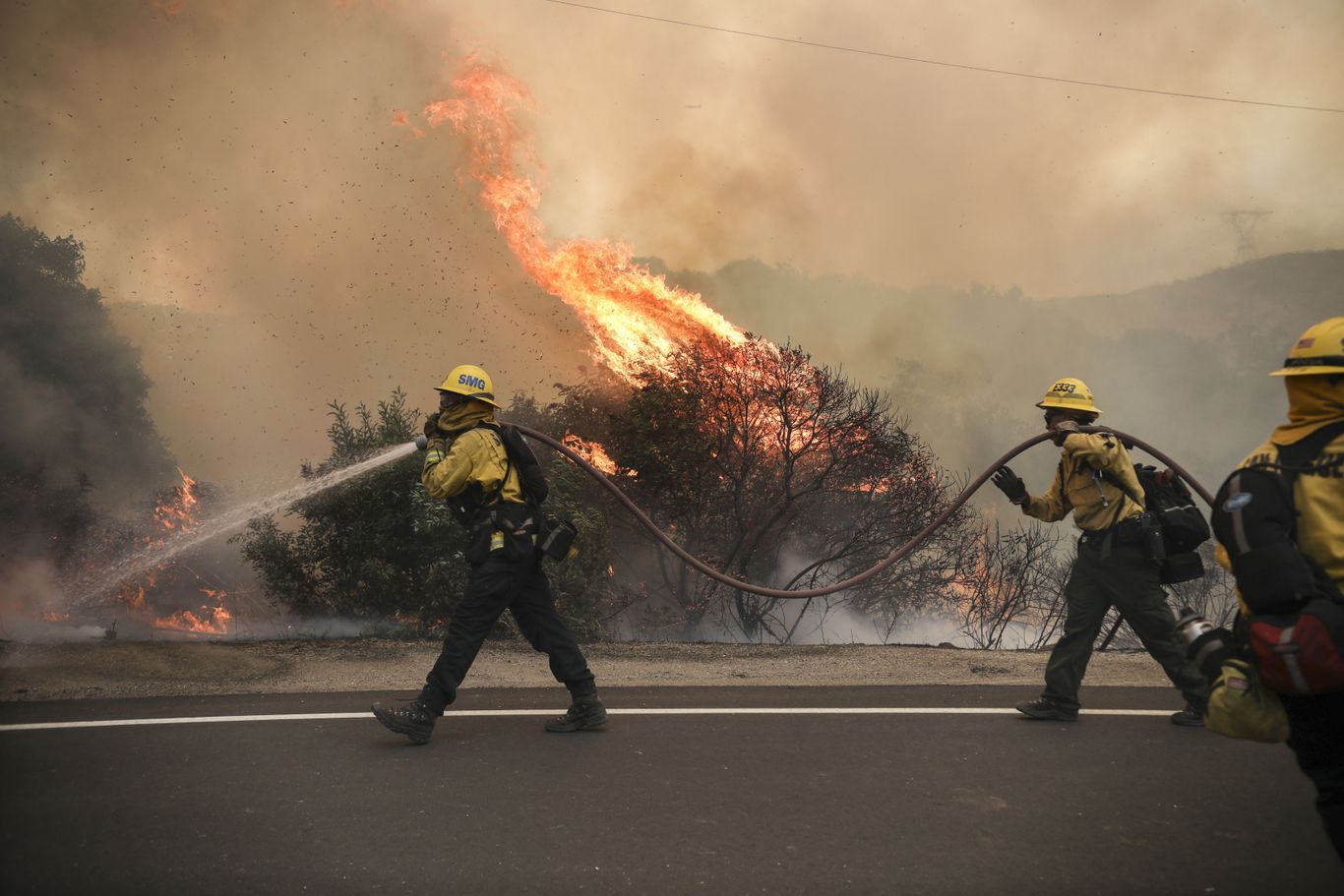 Los Angeles County authorities announced Santa Monica Mountains trails will be closed this long weekend after a woman died hiking during California’s record-breaking heat wave, as wildfires continue to ravage much of the state.

What’s happening: Red flag warnings were issued across California, as scores of blazes burn nearly 2 million acres amid hot, dry conditions. Pacific Gas & Electric, the state’s biggest utility, warned that it might cut power to some 103,000 customers Monday “to reduce the risk of wildfire from energized power lines.”

Temperature records were broken or tied across California Sunday, including in Woodland Hills in the San Fernando Valley, which hit 121 degrees Fahrenheit — the highest temperature recorded in Los Angeles County.

207 people trapped by the rapidly growing Creek Fire in the Sierra National Forest Saturday were flown to safety, per AP. At least two of those rescued were severely hurt and 10 others had moderate injuries.

What to expect: The National Weather Service said “very hot and unstable conditions will bring a significant threat of large plume dominated fires,” while “critically dry fuels will result in a greater threat of fire ignitions as well as rapid fire growth.”

Of note: The record temperatures come less than a month after another heat wave saw the thermometer in Death Valley, Southern California, hit 130°F.

By the numbers: Firefighters have responded to 7,448 incidents this year, with seven fatalities confirmed as blazes burned across 1,848,311 acres — destroying or damaging 3,855 structures, according to CalFire.

The big picture: Gov. Gavin Newsom (D) has declared a statewide emergency due to the widespread fires and extreme weather conditions. President Trump has issued a major disaster declaration for the state.

The state of play: Per Cal Fire, other notable wildfires that have prompted evacuation orders include the SCU Lightning Complex Fire — which has burned 375209 acres and was 92% contained by Sunday.

Editor’s note: This article has been updated with more details on the fires, the weather and to include PG&E’s announcement.