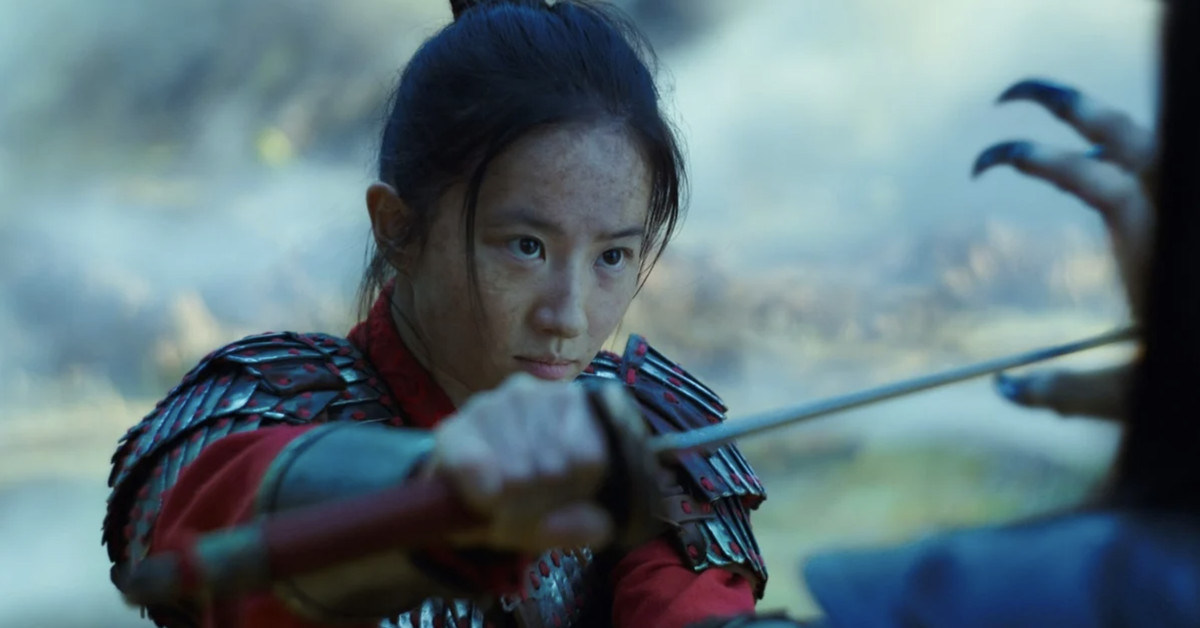 Protests and calls for boycotts over Disney’s live-action adaptation of Mulan have sprung up again in wake of the film hitting Disney Plus.

Hashtags like #BoycottMulan have trended on Twitter following Mulan’s release on September 4th, but protests are tied to an incident that occurred in summer 2019, Vulture reports. Mulan actress and star Liu Yifei made comments last summer showing her support for police forces in Hong Kong at a time when people in Hong Kong were protesting newly suggested policies that would allow citizens to be extradited to mainland China, the BBC reported.

Liu shared a message on Weibo, a popular Chinese social media platform, that read “I support Hong Kong’s police, you can beat me up now,” according to The Hollywood Reporter. Liu then added on Weibo in English, “What a shame for Hong Kong.”

The remarks came at a time when the whole world was watching Hong Kong erupt into pro-democracy protests. Notably, the NBA became involved in the situation after Houston Rockets general manager Daryl Morey tweeted his support of the protests, leading to the NBA’s partner in China to refuse to carry two pre-season games. The general manager eventually walked back his tweets, leading to more protests in support of Hong Kong stateside. Apple also found itself at the center of controversy after it banned HK Map Live, a pro-democracy app used by protesters in Hong Kong.

Liu addressed her comments in an interview with The Hollywood Reporter earlier this year, stating that “it’s obviously a very complicated situation, and I’m not an expert,” and adding “I just really hope this gets resolved soon … I think it’s just a very sensitive situation.” Disney Studios chairman Alan Horn also spoke to The Hollywood Reporter in February, and talked briefly about Liu’s comments, noting that Disney tries to be “non-political, apolitical when it comes to all this stuff.”

“My feeling is, free speech is an important component of society, certainly, and folks ought to be able to say what they want to say,” Horn said. “I can’t speak for what Liu says in China — we didn’t know about it, what she was going to say — and that’s up to them.”

This was all before Mulan was ever released. Now, the film is here. Disney is hoping for a big turnout at theaters in China where the movie was always expected to perform better. Horn told the Reporter that “if Mulan doesn’t work in China, we have a problem.” Since mainland China’s box office potential is much bigger than Hong Kong’s — 1.3 billion people compared to less than 10 million — protesters are asking for people worldwide to use the #BoycottDisney hashtag to bring awareness to issues they’ve listed. Disney has a long and ongoing relationship with China, where its films often find success in theaters and where its Shanghai Disneyland theme park resides.

“Because Disney kowtows to Beijing, and because Liu Yifei openly and proudly endorses police brutality in Hong Kong, I urge everyone who believes in human rights to #BoycottMulan,” Hong Kong activist Joshua Wong tweeted on Friday.

Protesters are also asking people to boycott purchasing Mulan on Disney Plus or going to theaters to see the film in lieu of Disney having reportedly filmed part of the movie in Xinjiang. Human rights activists and the United Nations have decried the Chinese government for its treatment of the Uighurs, a predominantly Muslim, Turkic ethnic group, according to New York Magazine. The Chinese government has labeled “Islam a contagious ‘ideological illness,” leading the government to quarantine more than one million Uighurs in reeducation camps, New York Magazine reported in 2018.

Calls to boycott the film come at a time when the American government is banning, or looking to ban, high profile Chinese companies that the Trump administration deems national security threats. Huawei and ZTE are no longer permitted to sell its products in the United States, while social media app TikTok is facing a potential ban if parent company ByteDance fails to sell it to an American company like frontrunners Microsoft or Oracle.

Whether or not pressure from protesters to boycott Mulan worked may remain unclear for a while. Disney doesn’t have to disclose how many digital copies of Mulan it’s sold via Disney Plus. Theatrically, Mulan has generated $6 million in limited markets — including Thailand, Malaysia, and Singapore — in its first weekend. The film is slated to be released in China on September 11th.