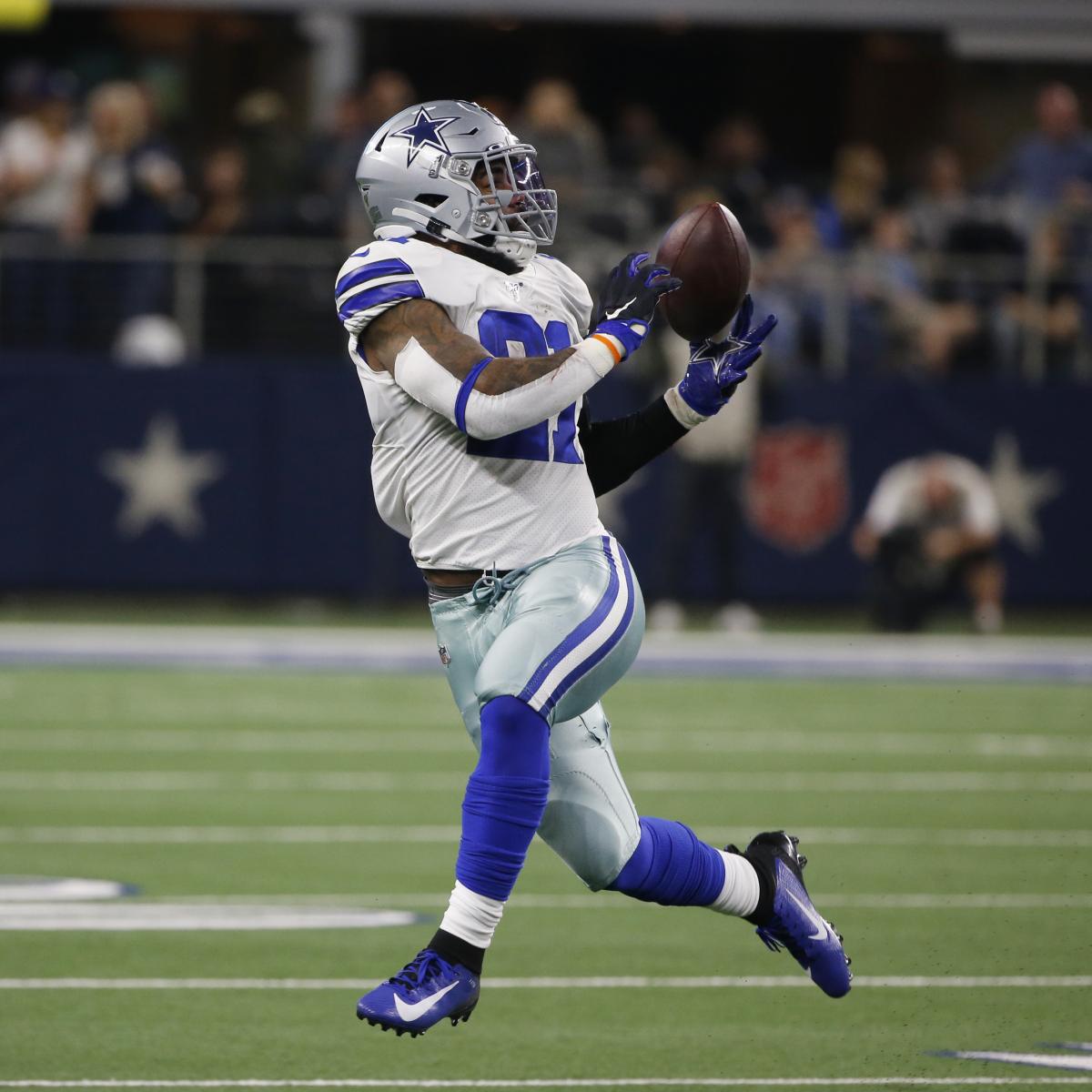 Dak Prescott will have a lot of options in the Dallas Cowboys‘ passing attack this season, including a pair of talented running backs.

Owner Jerry Jones explained Tuesday on 105.3 The Fan that Ezekiel Elliott and Tony Pollard will have significant roles catching the ball in 2020.

“Out of the backfield, it should be interesting this year with more use of Pollard and Zeke as receiver types,” Jones said, via Patrik Walker of CBS Sports. “We’ve got that in, and it’s gonna be very effective. I’m sure excited about that area.”

Elliott had a career-high 77 catches in 2018, leading the team that season when there were few consistent receiving options.

There were more options down the field last season, including full seasons from Amari Cooper and Michael Gallup as well as the addition of Randall Cobb and return of Jason Witten. It caused the team to throw less to the backs, with Elliott tallying 54 catches and Pollard finishing with 15 in his rookie year.

Dallas still has quality options in 2020, with Cooper, Gallup and rookie first-round pick CeeDee Lamb forming one of the most exciting receiving corps in the NFL. Tight end Blake Jarwin could also be valuable as he steps into a bigger role this season. Still, the team can be even more dangerous with the running backs more involved in the passing attack.

Elliott has led the NFL in rushing yards per game in three of his first four years in the league, and getting the ball in his hands is usually a positive for Dallas. Pollard saw limited snaps in his first season but averaged 5.3 yards per carry, which would have trailed only Lamar Jackson and Raheem Mostert for the best in the league if he had enough attempts to qualify for the title.

This strategy is a way of getting the ball in the hands of these players, which could help improve what was the No. 1 offense in total yards last season.

From a fantasy football perspective, it could provide Elliott and even Pollard a chance to put up big numbers in point-per-reception leagues.