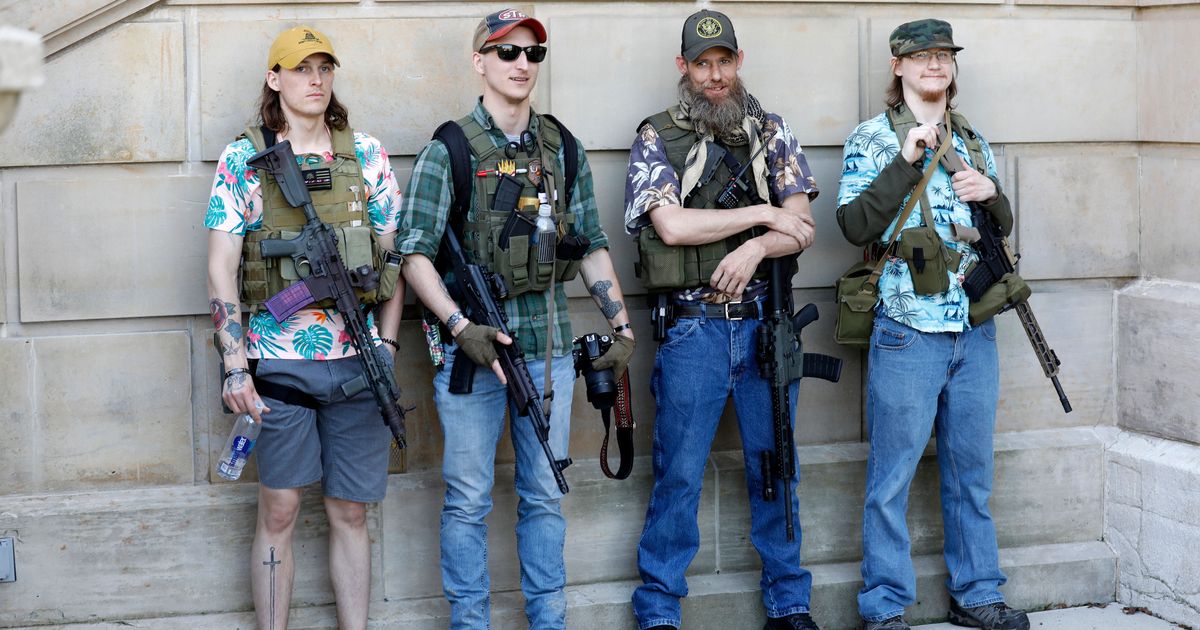 On Tuesday, the social media giant announced that it was classifying a network on its platform associated with the boogaloo movement as a “dangerous organization.” As a result, this network has been banned from the platform.

The Boogaloo boys, as members are often referred, are a far right libertarian extremist movement seeking to incite a civil war in the U.S.

“Today we are designating a violent US-based anti-government network as a dangerous organization and banning it from our platform,” said Facebook in a statement. “This network uses the term boogaloo but is distinct from the broader and loosely-affiliated boogaloo movement because it actively seeks to commit violence. For months, we have removed boogaloo content when there is a clear connection to violence or a credible threat to public safety, and today’s designation will mean we remove more content going forward, including Facebook Groups and Pages.”

The Boogaloo movement rose to national prominence during the coronavirus pandemic lockdown protests. Boogaloo boys also appeared at Black Lives Matter protests in the wake of the police killing of George Floyd late last month. Members of the movement are often identifiable by their trademark Hawaiian shirts and are usually carrying firearms.

Steven Carrillo, who identifies as a member of the Boogaloo movement, was arrested last month for allegedly killing a federal officer during a protest in Oakland, California. According to Carrillo, he planned the attack with a man whom he met in a Boogaloo Facebook Group. Carillo is also accused of killing a Santa Cruz sheriff’s deputy.

Just earlier this month, three men who also identified as members of the Boogaloo movement were arrested and hit with federal charges for attempting to incite violence at the protests.

Advocacy groups warned Facebook in April that the Boogaloo movement was organizing on its platform. In response, the social media company prohibited the use of certain Boogaloo-related terminology when accompanied with calls for violence or violent imagery. Not long after that, Facebook also said it would no longer recommend groups that were associated with the movement in an effort to limit its spread.

Facebook is currently facing a major advertiser boycott due to inaction when it comes to hate speech, violence, and misinformation on its platform.