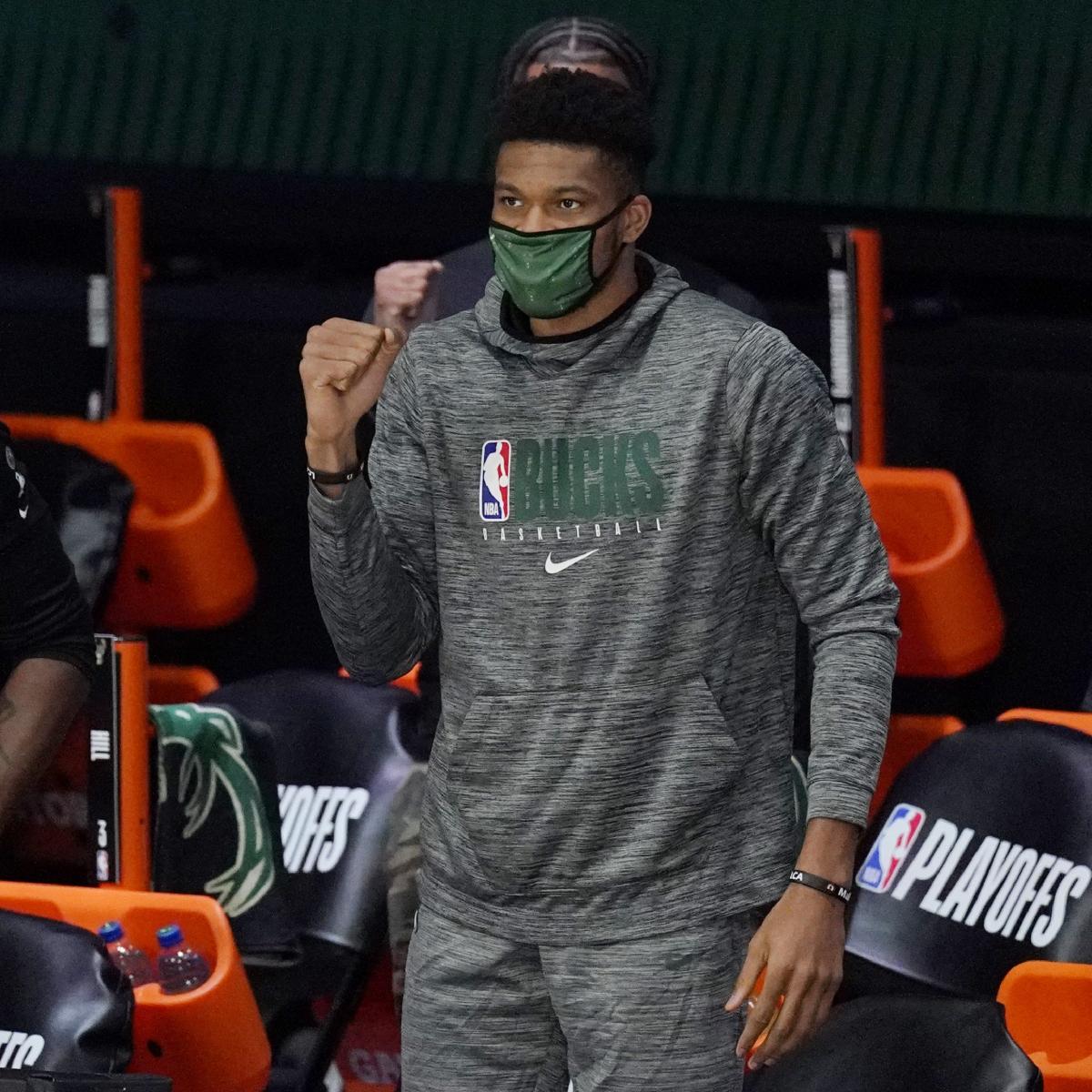 Milwaukee Bucks fans are assuredly upset after their team lost in the second round of the playoffs, but they can at least take solace in Giannis Antetokounmpo sounding like he wants to stay put for years to come.

“Hopefully we can build a culture in Milwaukee that for many years, we can come out and compete every single year for a championship,” he said following Tuesday’s series-clinching 103-94 loss to the Miami Heat in Game 5 of the Eastern Conference Semifinals.

“Hopefully, we can build a culture in Milwaukee that for many years we can come out and compete every single year for a championship.”

Giannis after being eliminated in the playoffs https://t.co/DjWUnX6ySl

That comment was notable considering Antetokounmpo is currently set to become an unrestricted free agent following the 2020-21 season.

The reigning league MVP, who will likely take home the award again this season, exited Game 4 with an ankle injury and did not play in Game 5. While Khris Middleton spearheaded an impressive performance to stay alive in Game 4, Miami sent the Bucks home without their best player in Tuesday’s contest.

It marked the second straight year that Milwaukee finished with the NBA‘s best record and came up short of the NBA Finals.

The Bucks lost to the eventual champion Toronto Raptors in last season’s Eastern Conference Finals, blowing a 2-0 series lead. Antetokounmpo remained healthy in that series, but the Raptors flummoxed him and the offense as a whole by building a barrier around the rim and cutting off his penetration.

What Giannis does next will be one of the biggest storylines of the offseason.

The Bucks can offer him a supermax contract extension this offseason, and he would remain the face of the franchise for years to come if he signs it. However, he could leave Milwaukee next offseason if he opts to decline the extension.

ESPN’s Tim Bontemps reported “multiple sources are adamant that the Bucks won’t trade him” even if he doesn’t sign the supermax.

That means trying to build a championship winner around him, which Milwaukee has not yet been able to do despite impressive showings in the regular season. The Bucks are thus entering a critical offseason for both their immediate championship prospects and their long-term future.