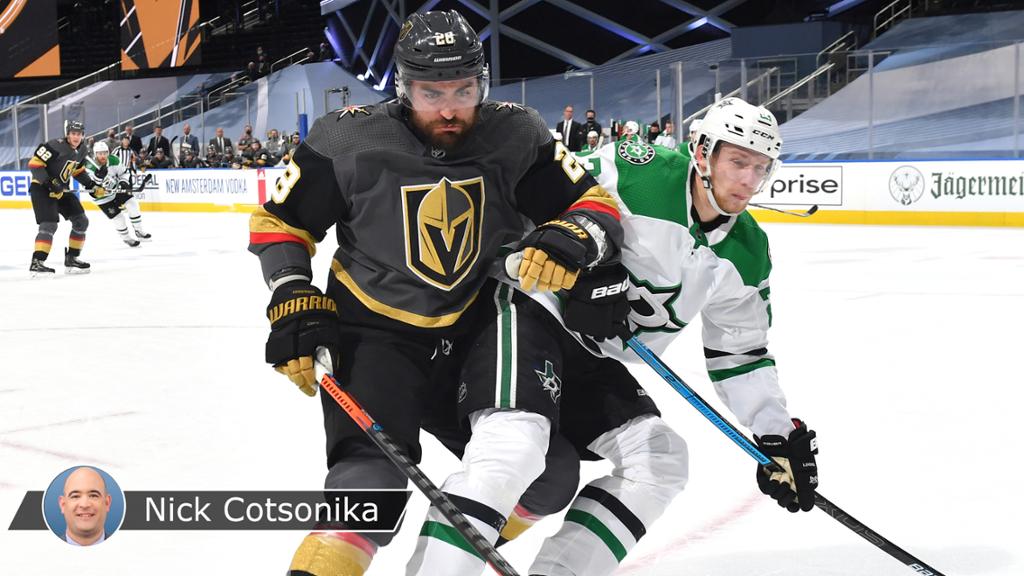 The Vegas Golden Knights looked lethargic in a 1-0 loss to the Dallas Stars in Game 1 of the Western Conference Final at Rogers Place in Edmonton on Sunday.

The question is whether it was an anomaly or omen against an opponent that can beat them at their own fast, physical, forechecking game. Game 2 of the best-of-7 series is Tuesday (8 p.m. ET; NBCSN, CBC, SN, TVAS).

Vegas was coming off an emotional win in Game 7 of the Western Conference Second Round at Rogers Place on Friday, but so was Dallas. The Golden Knights defeated the Vancouver Canucks 3-0 after the Stars defeated the Colorado Avalanche 5-4 in overtime in the same building.

“Yeah, we were a little bit out of gas, but so were they,” Vegas coach Peter DeBoer said. “They had the exact same circumstances we did, except that they played a couple hours earlier in the day than we did [Friday]. So no excuses there.

“You’ve got to find a way. You get what you deserve in this league a lot of nights. We just didn’t put in enough work in order to earn a win.”

This was another matter, however.

The Stars took a 1-0 lead when defenseman John Klingberg scored on their first shot at 2:36 of the first period, and they led in shots 23-12 through two periods.

The Golden Knights outshot the Stars 13-2 in the third but couldn’t break through.

“I thought we started to work a little bit better,” DeBoer said. “I’m sure part of it is them sitting on a lead too. It’s probably a little bit of everything. Bottom line is, we got what we deserved. We didn’t play hard enough for long enough tonight.”

The lesson was simple.

“Vancouver defended really well but didn’t have that heaviness that Dallas has,” DeBoer said. “We know now what we’re dealing with, and it’s on us to respond to that. … This is going to be a different series, and we’re going to have to get our head around that and find a way to create offense.”

Schmidt sounded confident they could.

“It’s a much different look, but our team has been able to win a multitude of ways throughout [this postseason] and throughout the last couple years,” Schmidt said. “And so we know that we have to be a lot better from the start of the game.”