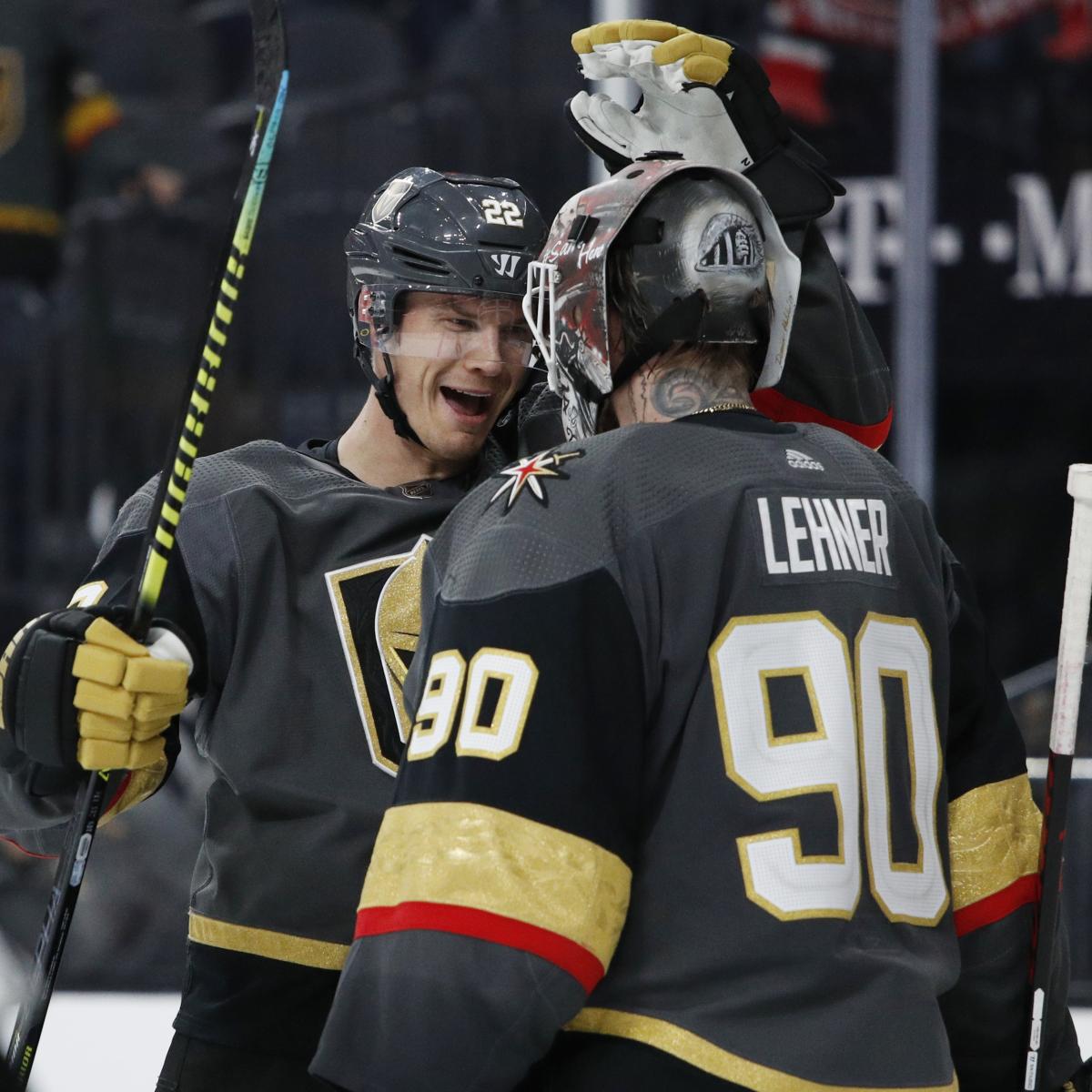 The Vegas Golden Knights have come roaring back in the Western Conference Final.

After getting shut out in Game 1, the Knights won Tuesday’s Game 2 against the Dallas Stars 3-0 to even the series at one game apiece.

Stars goalie Anton Khudobin followed up his Game 1 shutout of the Knights with 24 saves on 27 shots allowed, getting pulled after the second period. Vegas turned back to Robin Lehner in net for Game 2 despite Marc-Andre Fleury stopping 24 of 25 shots Sunday.

As the Knights look to win the conference final for the second time in three years, having two capable goalies could make all the difference. That was certainly the case Tuesday as Paul Stastny opened the scoring 4:53 into the second period at Rogers Place in Edmonton, Alberta, and Vegas never looked back.

Playoff hockey can be especially cruel to goaltenders.

One minute they’re a franchise savior, the next they can’t find the ice.

That was the case for Khudobin, who entered the evening fresh off a Game 1 shutout and exited after giving up three goals in the second period.

To say all three goals were explicitly Khudobin’s fault, however, is a bit of a stretch.

The netminder was left hanging on the opening goal by Stastny when the Stars went for an ill-timed line change as the Knights were moving the puck up in transition. By the time Vegas reached the offensive zone, they had Dallas outnumbered, and it only took a few passes before Max Pacioretty found Stastny in the crease for a tap-in.

The @GoldenKnights’ passing is always oh so crisp. #StanleyCup

The second goal would come around four minutes later when William Karlsson fired through traffic on the power play, while Tomas Nosek cleaned up on an odd-man rush at the 14:32 mark to cap off a series of three goals in just under 10 minutes.

Pick your shot and celly accordingly.

Looks look William Karlsson (@WKarlsson71) has that down. #StanleyCup

This is the most perfect passing play one could ask for.

Dallas coach Rick Bowness benched Khudobin for the third period, giving 21-year-old Jake Oettinger his NHL debut in which he stopped all five shots he faced.

Otter with his first career save 💪 https://t.co/XgP98wf6SJ

“Without Anton, that’s 6-0 after the second period,” Bowness told reporters.

Khudobin is likely back in the starter’s net for Game 3, and he’ll need his defense to play much stronger in front of him to be successful.

💻 DeBoer: We’re a good offensive team. I think that’s part of our identity. I knew we would score if we played our game and we did. https://t.co/hU8l6FUiux

The Golden Knights have become the cradle of playoff goaltending only three years into existence.

With his shutout Tuesday, Lehner became the first goalie to record four clean sheets in one postseason since Fleury did it for Vegas in 2018 en route to the Stanley Cup Final. Only five goaltenders in NHL history have recorded more shutouts in one postseason—Martin Brodeur (7), Dominik Hasek (6), Jean-Sebastien Giguere (5), Nikolai Khabibulin (5) and Miikka Kiprusoff (5)—with Hasek the only one not to lead his team to the Cup Final.

One game after Fleury made a case to win back the crease in a 1-0 loss, Lehner one-upped his teammate the only way he could.

Lehner: I thought we played a very good game. The guys were ready from the start and we out-competed them today. https://t.co/PHJEna3xUj

Vegas traded backup Malcolm Subban and a second-round pick in 2022 to the Chicago Blackhawks to grab Lehner at the trade deadline in February. It’s a move that continues to pay off as the Knights are just three wins away from their second Western Conference Final win in three years.

Lehner’s night dropped his GAA to 1.84 this postseason with a .924 save percentage—both numbers top any starter remaining in the playoffs.

Game 3 between Dallas and Vegas is set for Thursday night at 8 p.m. ET on NBCSN.