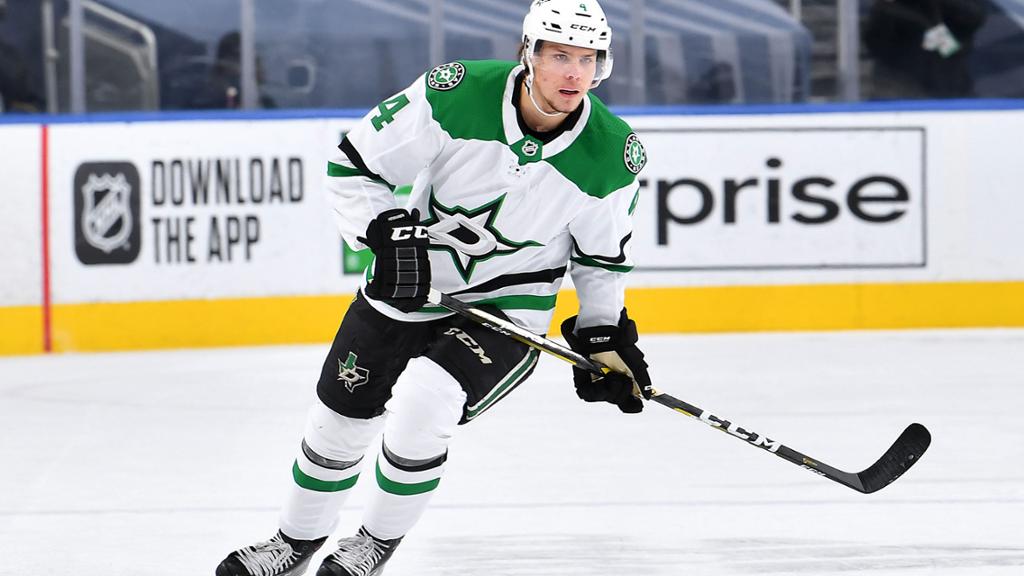 Who has been the most valuable player in the Stanley Cup Playoffs through the first three rounds of the postseason? NHL.com asked 11 of its writers who have covered the postseason since it began on Aug. 1 to select the three leading candidates for the Conn Smythe Trophy, given to the player voted to be most valuable in the tournament by a panel of members from the Professional Hockey Writers Association.

Miro Heiskanen has led the Dallas Stars into the Western Conference Final and, with two rounds remaining in the Stanley Cup Playoffs, is the leading candidate for the Conn Smythe Trophy, according to a panel of NHL.com writers.

The defenseman has 21 points (five goals, 16 assists) in 16 games to lead all players still active in the playoffs. Colorado Avalanche forward Nathan MacKinnon leads the NHL with 25 points in the postseason and his teammate Mikko Rantanen has 21 points. The Avalanche were eliminated by the Stars in seven games in the Western Conference Second Round.

Heiskanen received 22 points (on a 3-2-1 voting basis) and five first-place votes from the panel.

“What impresses me is the way he can beat guys with his speed. Pure speed. Same with Paul Coffey,” said Hall of Fame defenseman Nicklas Lidstrom, who won the Conn Smythe with the Detroit Red Wings in 2002. “When [Coffey] played, he could beat guys with speed, pure speed. He didn’t even have to stickhandle. He could take a few strides and, all of a sudden, he gained a few feet on the guy he was beating. And I see that with Heiskanen.

“It doesn’t look like he’s pushing that hard but he’s moving fast. And that’s what sticks out with him. And he’s another guy who can make plays off the rush as well. He can lead the rush, or he can join the rush. His skating is right up there with the top guys.”

Heiskanen has had a historic start to this postseason when it comes to offensive production. He already set the Stars record for points in a single postseason (Craig Hartsburg, 15; 1980-81) and is one of 17 NHL defensemen to record at least 21 points in a single playoff year. Hall of Famers Larry Robinson of the Montreal Canadiens (15 games in 1977-78) and Bobby Orr of the Boston Bruins (15 games in 1971-72) are the only defenseman to have played in fewer playoff games in a season and have at least 21 points.

Duncan Keith of the 2013 Chicago Blackhawks is the only defenseman to win the Conn Smythe since 2007.

The Stars will play the Vegas Golden Knights in the Western Conference Final at Rogers Place in Edmonton, the hub city for the conference finals and the Stanley Cup Final. Game 1 is Sunday (8 p.m.; NBC, CBC, SN, TVAS).

Tampa Bay Lightning players hold the next three spots in the voting.

The Lightning will play the New York Islanders in the best-of-7 Eastern Conference Final, which begins with Game 1 on Monday (8 p.m. ET; NBCSN, CBC, SN, TVAS).

No player remaining in the playoffs has scored as consistently as Point, who has 18 points (six goals, 12 assists) in 13 games; his 1.38 points-per-game average is the best among players remaining in the tournament.

Vasilevskiy, who has a 1.91 goals-against average and .931 save percentage, each best among the four goalies remaining who have played at least five games, has won each of the four overtime games Tampa Bay played against the Columbus Blue Jackets and Boston Bruins in the first two rounds.

MacKinnon, who scored at least one point in each of Colorado’s first 14 games of the postseason, received three third-place votes.