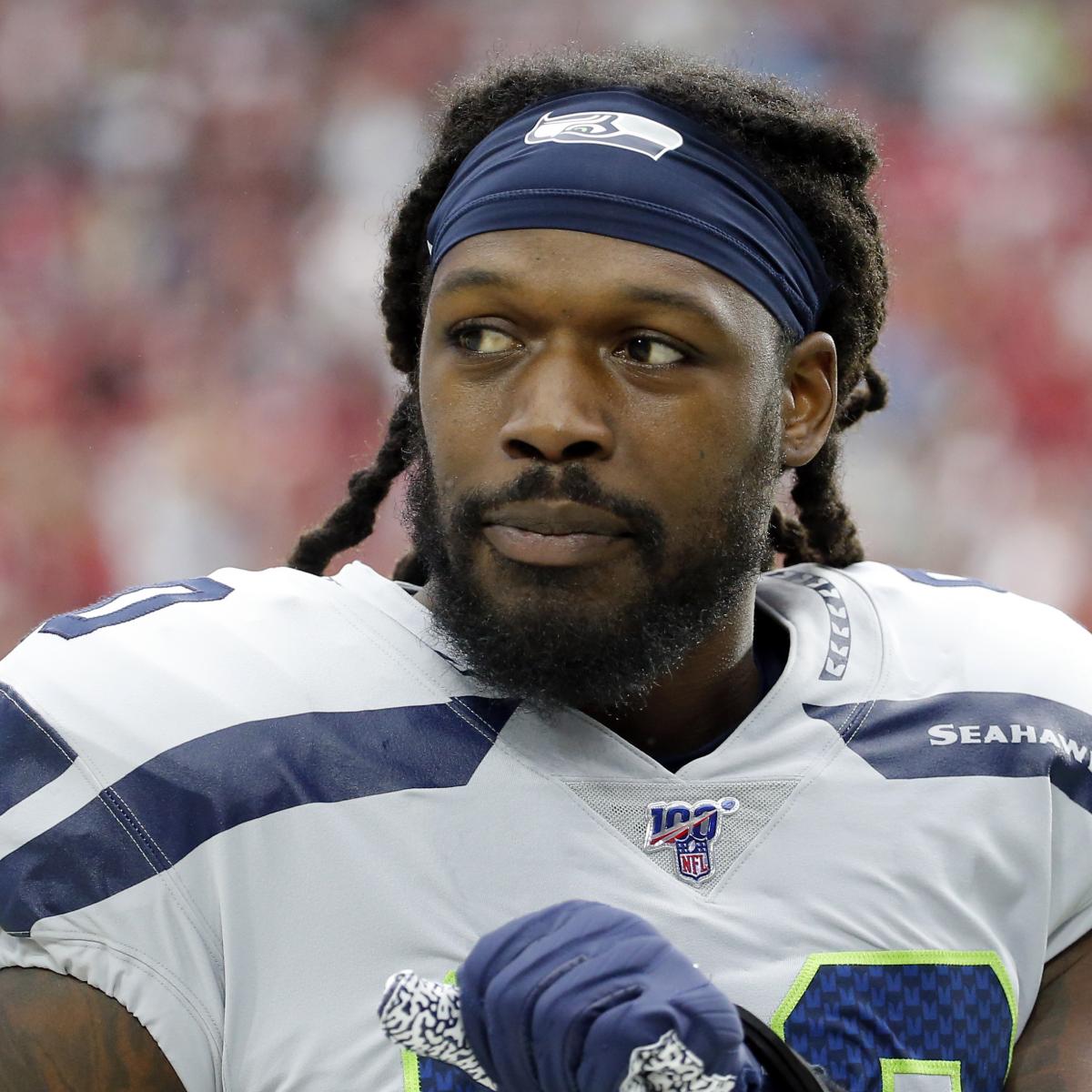 It’s hot out. Sweat is pouring off faces as players work to acclimate their minds and bodies to the prospect of playing a football game that counts in the standings later this week.

It feels and smells like football in Nashville, Tennessee, on Monday morning when Titans head coach Mike Vrabel yells for the first-team defense to line up.

Budding star Jeffery Simmons is there as the alpha of the front seven, and third-year linebackers Harold Landry and Rashaan Evans join him as leaders of the group. But the newcomer in jersey No. 99 is why expectations are higher in Nashville than they’ve been since Steve McNair, Eddie George and Jevon Kearse were on the field together.

No. 99 is, of course, newly acquired defensive end Jadeveon Clowney. The man who damn near ended the life of a Michigan running back in college; the man who had one of the best pro-day performances this evaluator has ever seen; the No. 1 overall pick in 2014 who is among the NFL‘s most intimidating players. And he joins an already stout defense that will look to pick up where it left off last season, when the Titans advanced to the AFC Championship Game as the No. 6 seed.

After a wild offseason in which he tried to find his way to the Baltimore Ravens, per sources—and with the NFL shutting down two potential sign-and-trade deals involving him—Clowney informed the Titans that he would be signing with them. It was instant relief, per one front-office source who said the team had an offer out for Clowney dating back as far as mid-March.

One of the worst-kept secrets in football is how badly the Titans wanted Clowney, which may have worked to the benefit of the player.

“They openly recruited him in the media for months [on top of everything else behind the scenes],” Jonathan Hutton of Titans Radio. “I can’t recall another free agent that this organization has been out front and direct in wanting to sign.

“Their offseason plan of doing everything they could to improve the pass rush through free agency was complete. He brings them the disruptor that they’ve needed who can wreck a game week in and week out while allowing the players around him to live up to expectations. It’s a big move for Landry and Simmons. The Vrabel familiarity is huge, too.”

The Vrabel factor is undeniably huge given the time the two spent together in Houston. A football match made in heaven will make the Titans part of a short list of potentially dominant teams in the AFC if they can match last year’s hard-nosed, no-nonsense play.

Titans defensive line coach Terrell Williams didn’t clarify where Clowney will line up, per ESPN’s Turron Davenport, but the team’s unofficial depth chart listed him as the starting outside linebacker opposite Landry. He’s ahead of Vic Beasley Jr., who signed with Tennessee this offseason but reported late for training camp.

Clowney should help the Titans be much better at getting to the quarterback than they were last year, when they ranked 13th in sacks (43) and 24th in pressure rate, per Pro Football Reference.

Anyone who watched the Kansas City Chiefs‘ comeback win in the AFC Championship Game could tell you the Titans have a talented secondary, but Tennessee cannot expect them to stay in coverage for the amount of time Patrick Mahomes had. With a pass rush of Simmons, Landry, Beasley, Clowney and Kamalei Correa, who had five sacks in a reserve role last year, the Titans have not only the top-tier talent but also the depth to send wave after wave of rushers at opposing quarterbacks.

In building a defense that can stack up to stop the run game and also pressure a Mahomes or Lamar Jackson, the Titans have a winning formula. With Derrick Henry smashing his way to touchdowns and Ryan Tannehill serving as a steady, consistent hand at quarterback, the offense might not be a juggernaut, but it should be good enough to put 20 points on the board while the defense pitches shutouts.

Expectations were already high for the Titans—DraftKings odds have them at +150 (bet $100 to win $150), barely behind the Colts (+125) as the favorites to win the AFC South—but the addition of Clowney only adds to it. Despite what should be stiff inter-division competition from the Houston Texans and Colts, the Titans showed last year a formula that can win no matter the elements, no matter what the offense brings to the table and no matter the betting lines.

Vrabel has a team playing old-school New England Patriots football—something no Bill Belichick disciple has been able to do. Perhaps it’s because Belichick traded Vrabel and the two never synced back up afterward, but Vrabel has been able to build a winner in the tough, disciplined image that Belichick preaches but that none of his disciples have been able to repeat.

Now it’s Vrabel’s turn to bring in a castoff veteran in the mold of a Corey Dillon, Randy Moss or Kyle Van Noy who becomes a linchpin to success.