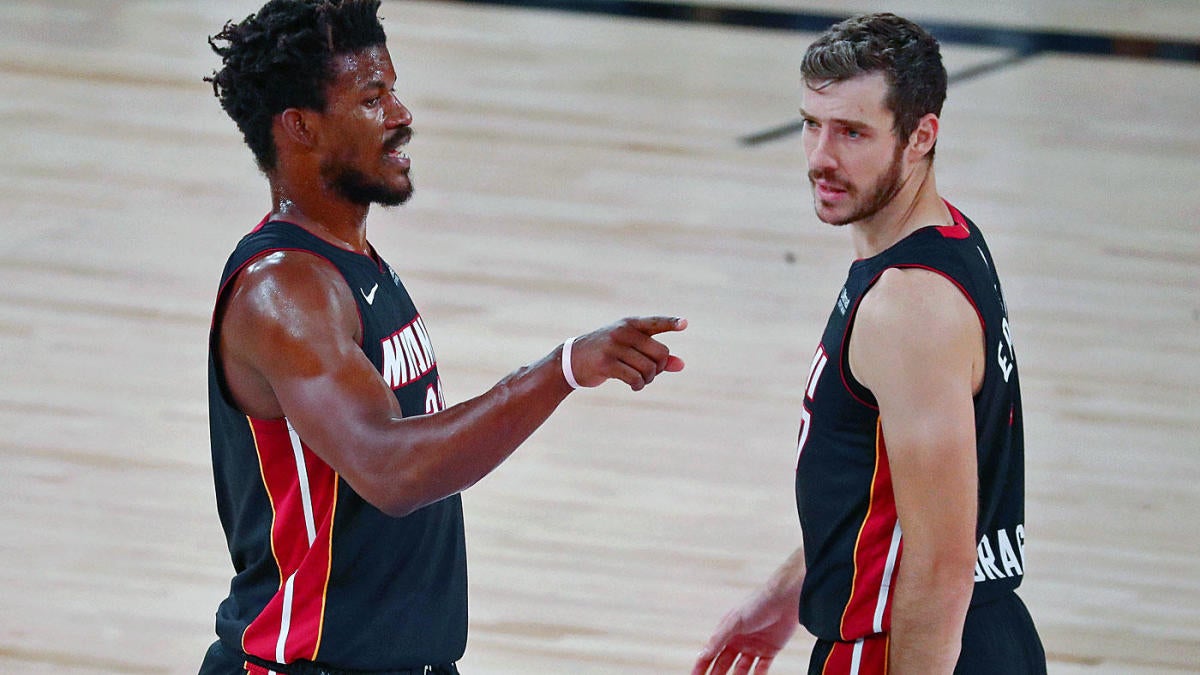 Even though they were without reigning NBA MVP Giannis Antetokounmpo for the majority of Game 4 due to an ankle injury, the top=seeded Milwaukee Bucks were able to stave off elimination on Sunday afternoon against the Miami Heat. Antetokounmpo, who initially injured his right ankle in Game 3, played just 11 minutes before re-injuring it in Game 4. But, when Antetokounmpo went down, other members of the Bucks were ready to step up. With their season hanging in the balance, the short-handed Bucks battled hard and took the Heat to overtime. During the extra time they outscored Miami by three points and pulled out a crucial 118-115 win.

For the Heat, Game 4 was a major missed opportunity as they failed to capitalize on the fact that the Bucks were without their best player for most of the game. Heat forward Jimmy Butler didn’t like his team’s effort in what could have been a closeout game, and afterwards he said that the Heat didn’t “deserve” to win.

“We didn’t deserve to win that game,” Butler said, via ESPN. “We didn’t play our type of basketball.. We stopped playing basketball the right way [after Antetokounmpo went out]. We stopped guarding. We stopped living by our defensive principles. We weren’t getting 50-50 balls. We were getting out-rebounded. It was just all bad.”

Fellow Heat All-Star Bam Adebayo didn’t think that Miami brought the same intensity to Game 4 that it had earlier in the series.

The Heat are far from the first team to let up a bit after taking a large lead in a series. However, they will need to up their overall effort a bit in Game 5 if they want to close out the series and get back to the Eastern Conference finals for the first time since 2014 — when they were led by a trio of superstars in LeBron James, Dwyane Wade, and Chris Bosh. The longer that Miami lets the Bucks hang around, the more confident that they will get and the tougher they will be to eliminate.

As a coach with ample postseason experience, Erik Spoelstra is well aware of how important it is to take care of business and close out series in the postseason. Expect him to consistently preach that message to his team leading up to Game 5.