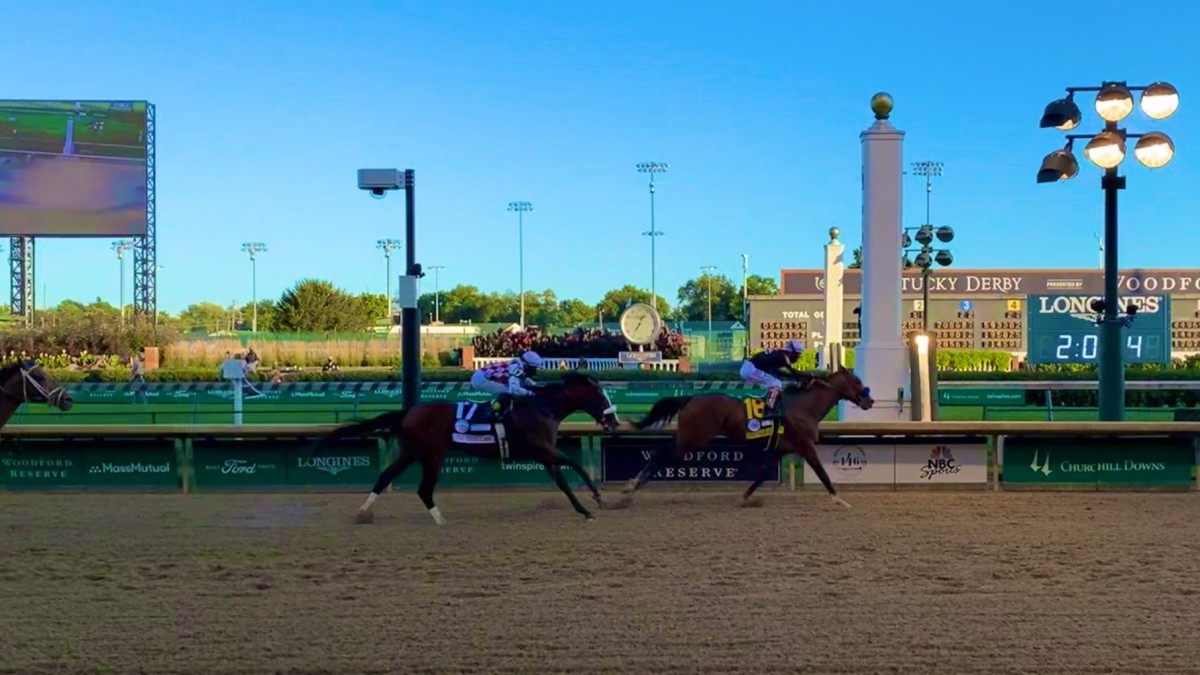 Authentic won the 146th running of the Kentucky Derby on Saturday in Louisville, Ky., holding off pre-race favorite Tiz The Law down the stretch.

The colt was piloted by jockey John Velazquez, who took home his fifth Triple Crown race and third Kentucky Derby. Authentic was trained by Bob Baffert, who has now won the Derby six times.

This year’s Triple Crown led off with the Belmont Stakes, which Tiz The Law won by 3 3/4 lengths. The last leg—the Preakness Stakes—will run on Oct. 3. Tiz The Law had won four races this year, and his only career loss heading into Saturday came at the Kentucky Jockey Club Stakes at Churchill Downs in November, where he finished third.