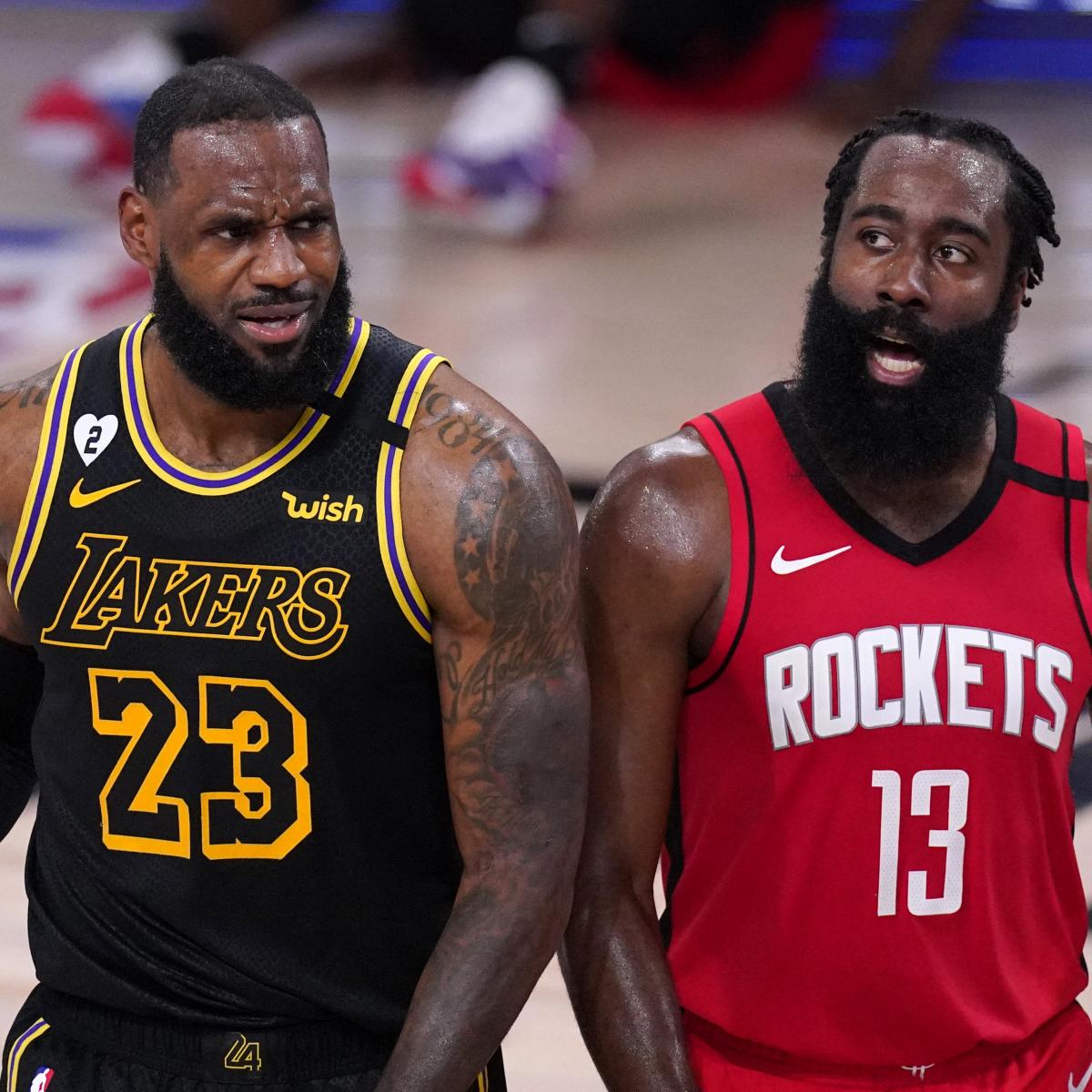 The top seed in the Western Conference is on the board in the second round.

After a blowout loss in Game 1, the Los Angeles Lakers evened their series with the Houston Rockets with a 117-109 victory in Sunday’s Game 2 at Walt Disney World Resort. LeBron James and Anthony Davis spearheaded the winning effort, helping the Purple and Gold notch their first win in the bubble against Houston after also losing a seeding game to it.

Solid showings from James Harden, Eric Gordon and P.J. Tucker were not enough for the Rockets, and it is now a best-of-five series with a spot in the Western Conference Finals hanging in the balance.

👑 Bron ATTACKING the rim in Q4!

The Rockets are known for their small-ball approach, which, in theory, should open up opportunities for James and Davis throughout the series with nobody to meet the former at the rim on drives and nobody to guard the latter on the blocks.

Instead, Houston forced 15 turnovers in Game 1, held LeBron scoreless in the fourth quarter and prevented Davis from taking over with Tucker anchoring a physical defensive approach.

The blowout loss put Davis and especially James under the spotlight heading into Game 2.

Lakers are not missing 🔥

CARUSO LOBS IT TO BRON.

AD on the attack ♨️

It appeared as if the duo was going to cruise to victory with a little help from Markieff Morris, who drilled four three-pointers in the first quarter alone, as Los Angeles built a 16-point halftime lead. LeBron got out in transition, finished a lob from Alex Caruso, facilitated when defenders collapsed and didn’t hesitate to attack the basket.

He also passed Ray Allen for second on the NBA‘s all-time list of playoff three-pointers, while Davis was nearly unstoppable for stretches inside.

LeBron continues to impress in Year 17 👑

Congrats to @KingJames on becoming 2nd all-time on the #NBAPlayoffs 3PM list! https://t.co/qiiCanzucn

To Houston’s credit, it battled back from a 21-point deficit and took the lead heading into the fourth quarter. LeBron, recognizing the urgency of the moment and the chance his team may go down 2-0, took over in the fourth with multiple dunks, a swat of Westbrook, a swat of House and drives that were nowhere to be found in crunch time of Game 1.

Davis was excellent as well with key turnaround jumpers and points in the lane, but James’ burst in the fourth quarter was a reminder of his status as an all-time great. Just for good measure, he put the exclamation point on the win with a fadeaway jumper in the last minute to clinch it.

The return of Rajon Rondo gives the Lakers more depth, but they don’t have the backcourt to consistently match up with Harden, Russell Westbrook and Gordon, especially with no Avery Bradley.

That trio combined for 83 points in Game 1, as Los Angeles had no answers—other than some LeBron blocks—for Westbrook’s relentless drives to the basket and the shooting of Harden and Gordon.

The Rockets need Russell Westbrook to foul out.

That didn’t seem to be the case from the start Sunday, as Westbrook could not have played worse while the Lakers built on their lead. He settled for three-pointers, turned it over too many times and even forced the issue in one-on-one matchups with James on multiple possessions.

Just when it looked to be over, Harden, Tucker, Gordon and Robert Covington found their stroke from deep in the third quarter and led an impressive comeback. Danuel House Jr. also deserves some credit, as Houston was within striking distance entering the third quarter largely because of his early shooting off the bench.

Still, it was Westbrook who could not continue the momentum in the fourth with Harden resting, capping off a performance that saw him shoot 4-of-15 from the field and 1-of-7 from three with an unseemly seven turnovers.

He was a minus-14 for the contest, which stood in stark comparison to Harden’s plus-eight and Tucker’s plus-18. Even an average performance from the 2016-17 league MVP likely would have been enough to steal a comeback victory.