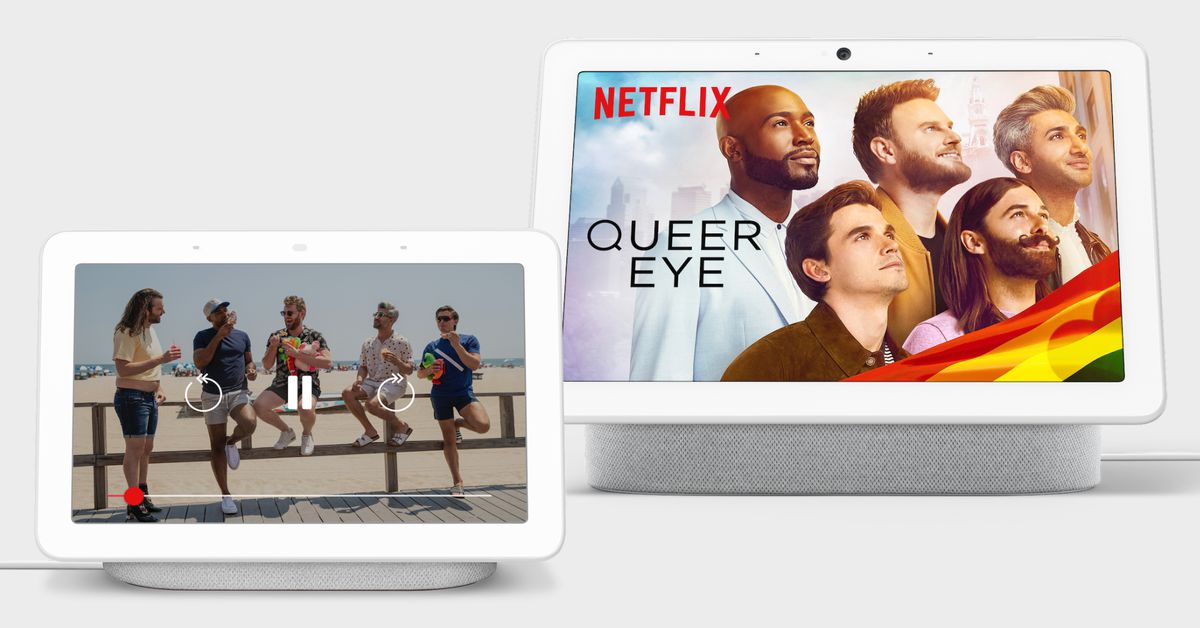 Google’s Nest Hub and Nest Hub Max smart displays have beaten Amazon in being the first to get official support for streaming Netflix content. Starting today, you can link your Netflix subscription through the Google Home or Assistant app to watch its content on your Google Nest-branded smart display. After that, you can call out to the Google Assistant to play a particular show, or just say “Hey Google, open Netflix.” You can then scroll through the interface manually via the touchscreen on either Nest Hub model.

Google has also implemented a gesture for Netflix on the Nest Hub Max that takes advantage of its camera. (The smaller Nest Hub lacks a camera.) You can pause or resume playback by looking at the display and holding up your hand.

Getting Netflix support on smart displays is huge for Google. The Nest Hub and Nest Hub Max are already the displays to buy if you want YouTube support and broad Google integration with Photos and the Assistant. The Nest Hub Max also now has video chat support for Google’s Meet and Duo apps. Now, Netflix offers yet another advantage over Amazon’s Echo Show and Facebook Portal.

It’s likely that Amazon’s displays will gain Netflix support at some point, but what the Echo Show won’t get is support for Google Cast. As Google confirmed to The Verge, you will be able to start watching a Netflix video on your iOS or Android phone, then hit the Cast button on the Netflix app to stream that video on your TV.

Neither the Nest Hub’s 7-inch nor Nest Hub Max’s 10-inch displays will make for the most immersive viewing experience. But if you want to watch your favorite Netflix shows and movies in more places, this is a stellar update that makes Google’s displays more appealing than ever.