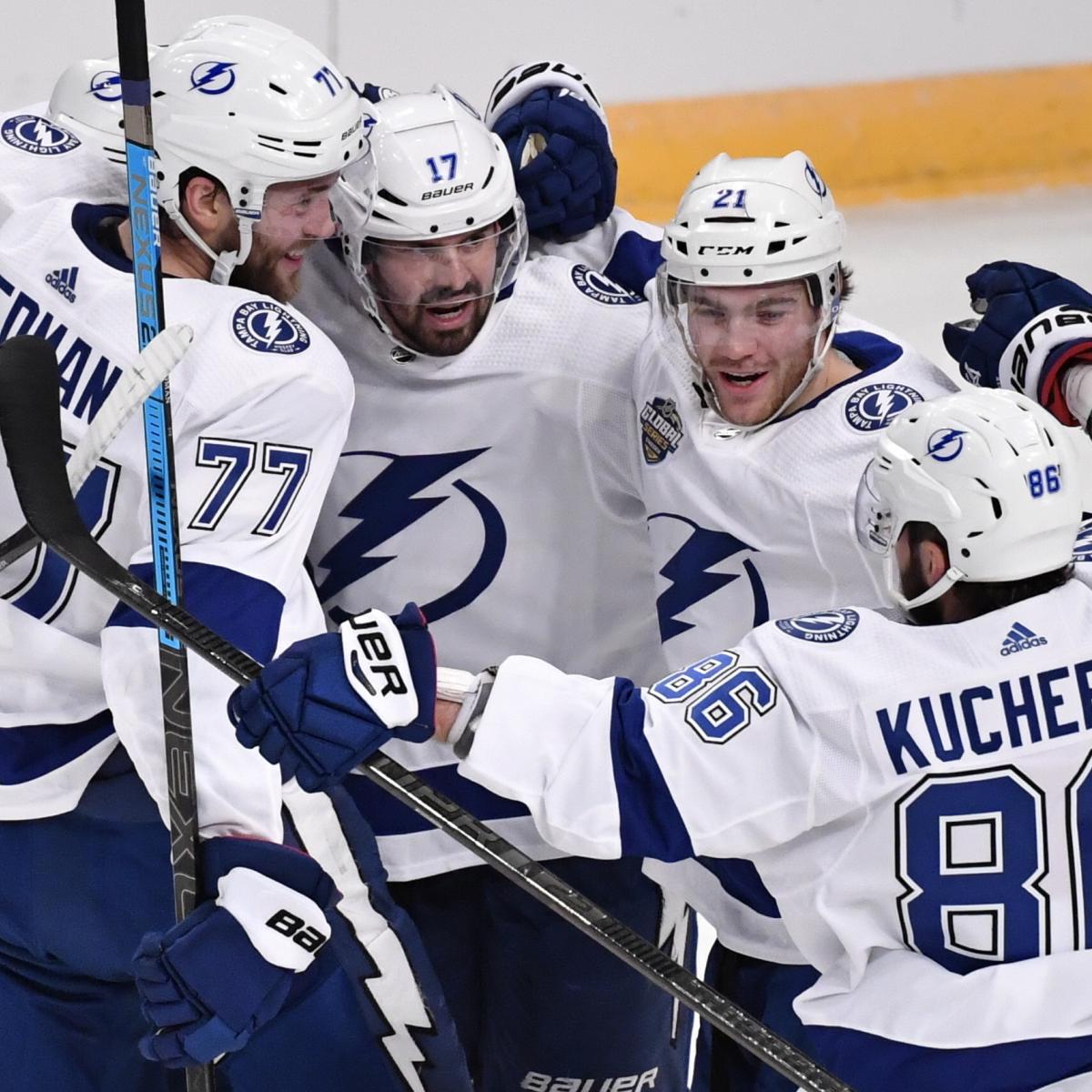 After upsetting the Washington Capitals in the opening round, the New York Islanders needed a full seven games to follow that up with another upset over the top-seeded Philadelphia Flyers. And although the Flyers made it a close series by winning Games 5 and 6, the Islanders changed goalies and displayed resiliency to win Game 7 4-0.

Meanwhile, the Tampa Bay Lightning rested. They made quick work of the Boston Bruins, winning their second-round series in five games. And because the Flyers-Islanders series went the distance, the Lightning have had a whole week off.

Will Tampa Bay’s time off help the team or hurt it? Can New York continue its underdog postseason run? The answers will be found out soon enough, when the Eastern Conference Final gets underway Monday night.

The conference-finals round of the Stanley Cup playoffs began Sunday night, when the Dallas Stars beat the Vegas Golden Knights took a 1-0 series lead in the Western Conference Final.

Here’s everything you need to know heading into Monday’s Game 1 matchup between the Lightning and Islanders.

Going into the postseason, both the Lightning and Islanders had a lot to prove. But they had different reasons for that.

For Tampa Bay, it needed to be better than it was a year ago. In 2019, the Lightning were the No. 1 seed in the Eastern Conference but got swept in four games by the No. 8-seeded Columbus Blue Jackets in the opening round.

And after some time off, Tampa Bay is ready to return to the ice.

“In practice, by imitating game-like situations, is the only way you can kind of stay ready,” Lightning center Alex Killorn said, according to Field Level Media (h/t ESPN). “You want to make sure in these days you get your rest just because that’s definitely an advantage over teams that are playing. But you also don’t want to lose that edge going forward.”

Meanwhile, the Islanders hadn’t had much recent playoff success entering the postseason. Before 2020, they had lost 10 of their past 12 playoff series, dating back to 1993, which was when they last reached the conference finals.

It took 27 years, but New York is finally back to this point as a No. 6 seed, the lowest-seeded team still alive in the postseason. It will hope to end the season by winning its first Stanley Cup since capturing four straight from 1980-83.

However, the Islanders will first need to pull off another upset by taking down the No. 2-seeded Lightning.

This will be the third time that the Lightning and Islanders have faced off in the postseason. In 2004, Tampa Bay won a first-round series 4-1. It beat New York 4-1 in a second-round series in 2016.