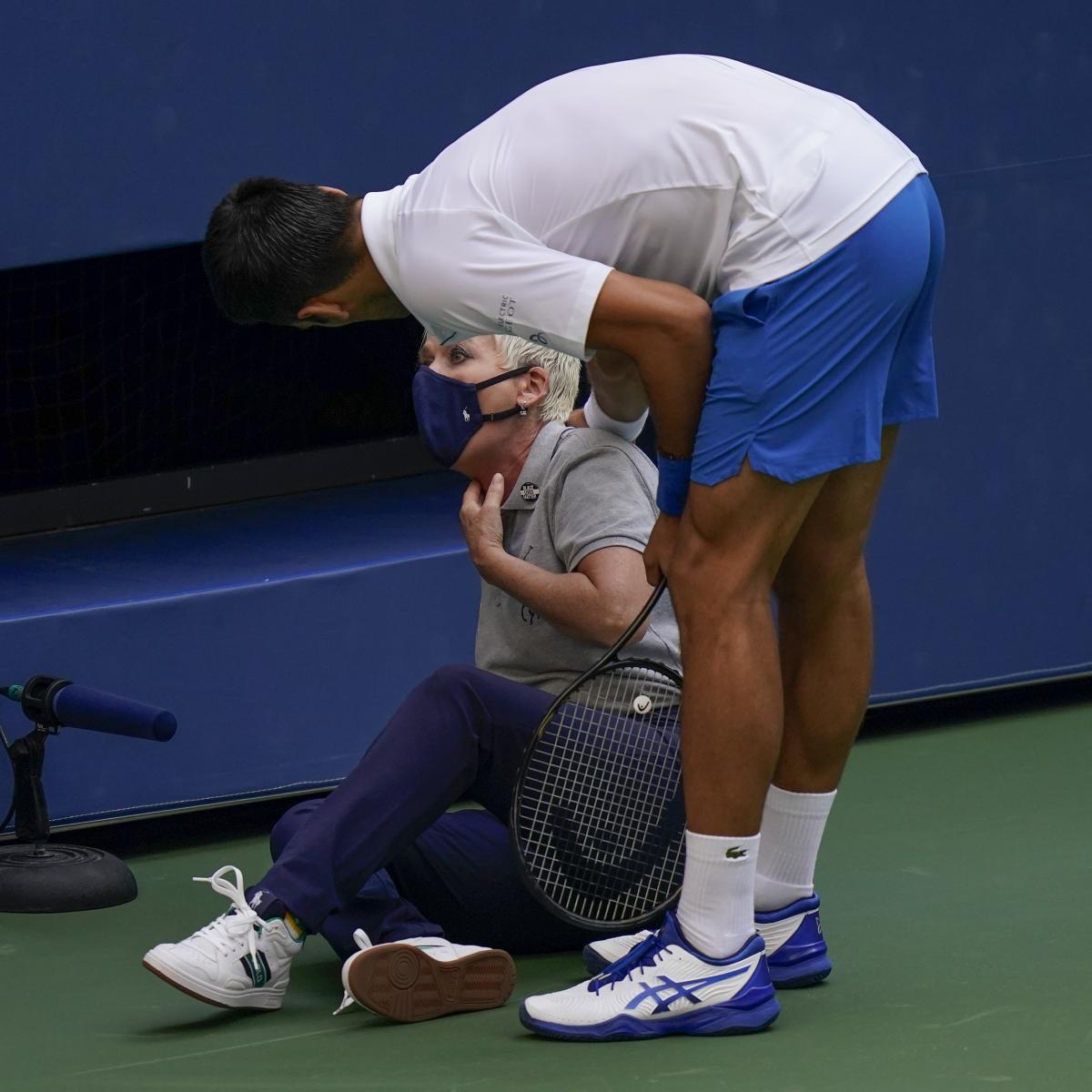 Novak Djokovic was issued a $10,000 fine for unsportsmanlike conduct after hitting a line judge with his ball during his round of 16 matchup with Pablo Carreno Busta and defaulting from the 2020 U.S. Open.

Djokovic was also docked $250,000 in prize money for his default, which was one of the most notable disqualifications in major tennis history.

“This whole situation has left me really sad and empty. I checked on the lines person and the tournament told me that thank God she is feeling ok,” Djokovic wrote on Instagram. “I‘m extremely sorry to have caused her such stress. So unintended. So wrong. I’m not disclosing her name to respect her privacy. As for the disqualification, I need to go back within and work on my disappointment and turn this all into a lesson for my growth and evolution as a player and human being. I apologize to the U.S. Open tournament and everyone associated for my behavior. I’m very grateful to my team and family for being my rock support, and my fans for always being there with me. Thank you and I’m so sorry.”

Djokovic’s apology contrasted with his earlier actions on the court. Djokovic was clearly angered and argued with officials after frustratedly firing a ball down 5-6 in the first set and accidentally striking the judge. The judge was not seriously injured but crumpled to the ground holding her neck.

“Novak was angry. He hit the ball recklessly, angrily back. And taking everything into consideration, there was no discretion involved,” tournament referee Soeren Friemel told reporters. “Defaulting a player at a Grand Slam is a very important, very tough decision. And for that reason, it doesn’t matter if it’s on Ashe, if it’s No. 1 or any other player on any other court. You need to get it right.”

Tournament officials followed both the letter and the spirit of the rule, but it was nonetheless a decision that will have a seismic effect on the U.S. Open. Djokovic was an overwhelming tournament favorite and undefeated in the 2020 calendar year. With Roger Federer and Rafael Nadal both sitting out due to COVID-19 concerns, Djokovic was in prime position to win his 18th Slam and inch closer to his greatest rivals.

Instead, he’s out of the tournament in one of the worst and most embarrassing acts of his career.