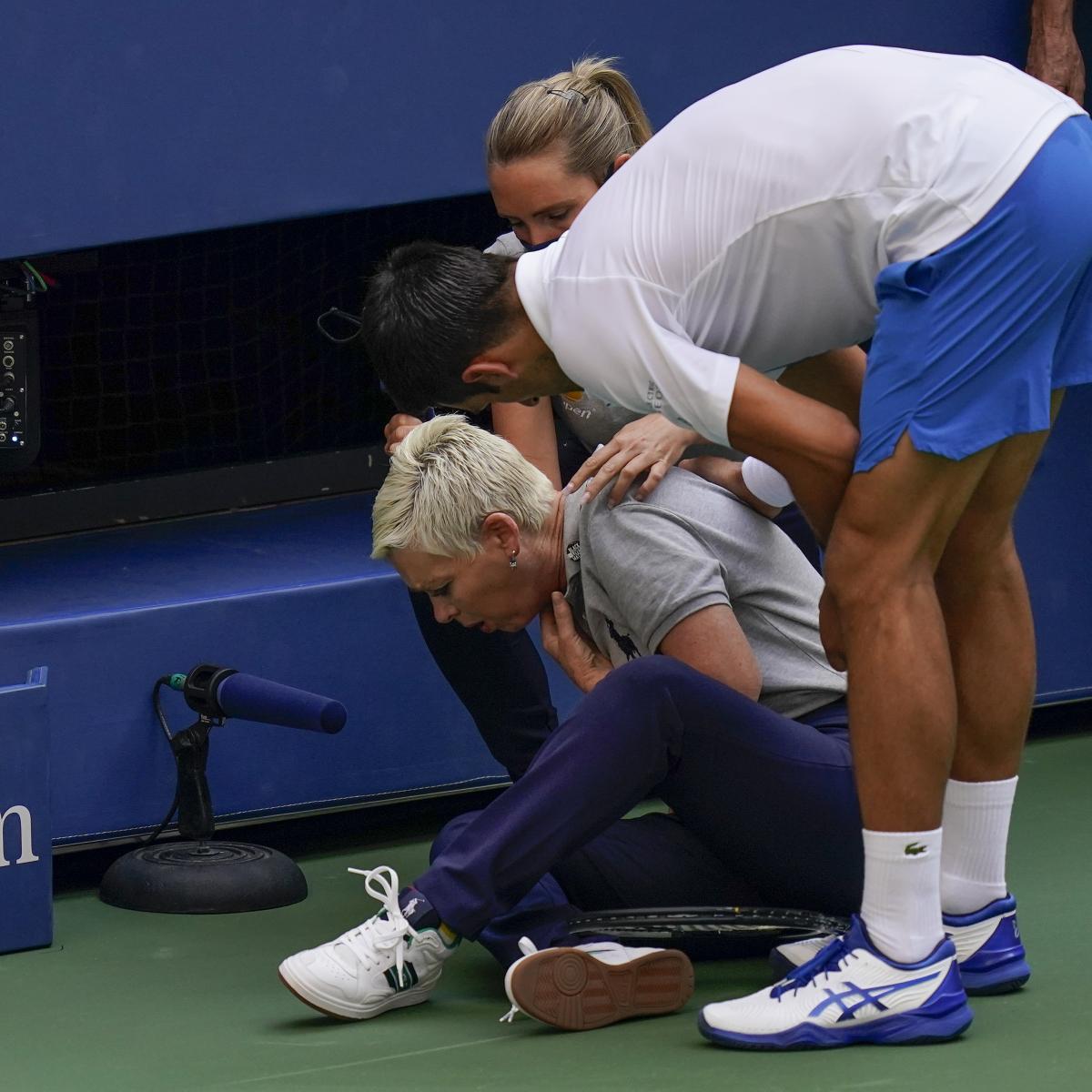 Novak Djokovic thanked his fans for their messages of support and then offered one of his own to the line judge he struck with a ball during his fourth-round match against Pablo Carreno Busta at the U.S. Open.

“Dear #NoleFam thank you for your positive messages,” he tweeted Monday. “Please also remember the linesperson that was hit by the ball last night needs our community’s support too. She’s done nothing wrong at all. I ask you to stay especially supportive and caring to her during this time. From these moments, we grow stronger and we rise above. Sharing love with everyone. Europe here I come.”

The sentiments came after he posted a lengthy message on his Instagram page on Sunday:

“This whole situation has left me really sad and empty. I checked on the lines person and the tournament told me that thank God she is feeling ok. I’m extremely sorry to have caused her such stress. So unintended. So wrong. I’m not disclosing her name to respect her privacy. As for the disqualification, I need to go back within and work on my disappointment and turn this all into a lesson for my growth and evolution as a player and human being. I apologize to the @usopen tournament and everyone associated for my behavior. I’m very grateful to my team and family for being my rock support, and my fans for always being there with me. Thank you and I’m so sorry.”

Djokovic had just fallen behind 6-5 in the opening set when he hit the ball in frustration.

It struck the line judge, and tournament officials came together and determined Djokovic’s offense was enough for disqualification.

The USTA released a statement explaining the reasoning behind such a move:

It ultimately resulted in a missed opportunity for Djokovic, who figured to challenge for his 18th career Grand Slam in a field that was missing Rafael Nadal and Roger Federer. Anything less than a Djokovic title would have felt surprising at the start of the tournament.

That his failure to win the U.S. Open happened like this made it all the more shocking.