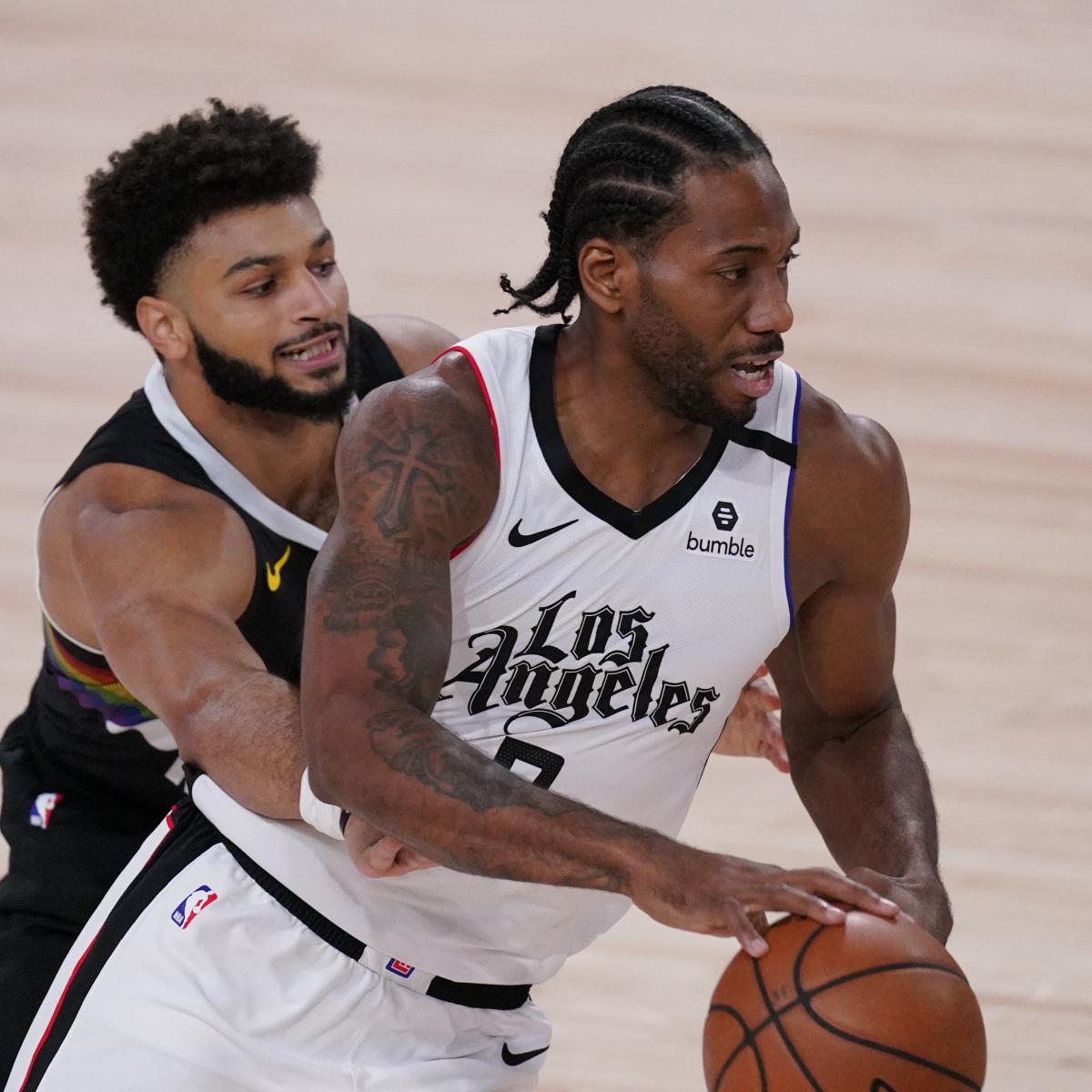 The Los Angeles Clippers finished Monday’s 113-107 victory over the Denver Nuggets with a 23-10 run to take a 2-1 lead in their Western Conference second-round series.

During that stretch, Kawhi Leonard made one of the biggest plays of the game when he swatted a Jamal Murray dunk attempt with just his middle finger.

“That’s an extra-long middle finger—it kept growing or something,” Paul George said after the win:

“That’s an extra-long middle finger—it kept growing or something.”

There’s a reason why they call him “The Klaw” 🖐 https://t.co/uEF2DaAvVk

KAWHI BLOCKED THAT WITH ONE FINGER. https://t.co/ZJpyvKVuNw

It was just one of a number of impressive plays from Leonard in the final five minutes. He also found Ivica Zubac with a perfect pass for an and-1 dunk to take the lead, hit a key shot from mid-range and spearheaded the overall defensive effort.

Leonard finished with 23 points, 14 rebounds, six assists and two blocks, while George impressed as well with 32 points on 12-of-18 shooting from the field and 5-of-7 shooting from three-point range.

It was a dominant performance from the two stars and a reminder they are capable of taking over a game at a moment’s notice and leading the Clippers to the championship.

Even if it means giving some opposing dunks the middle finger along the way.