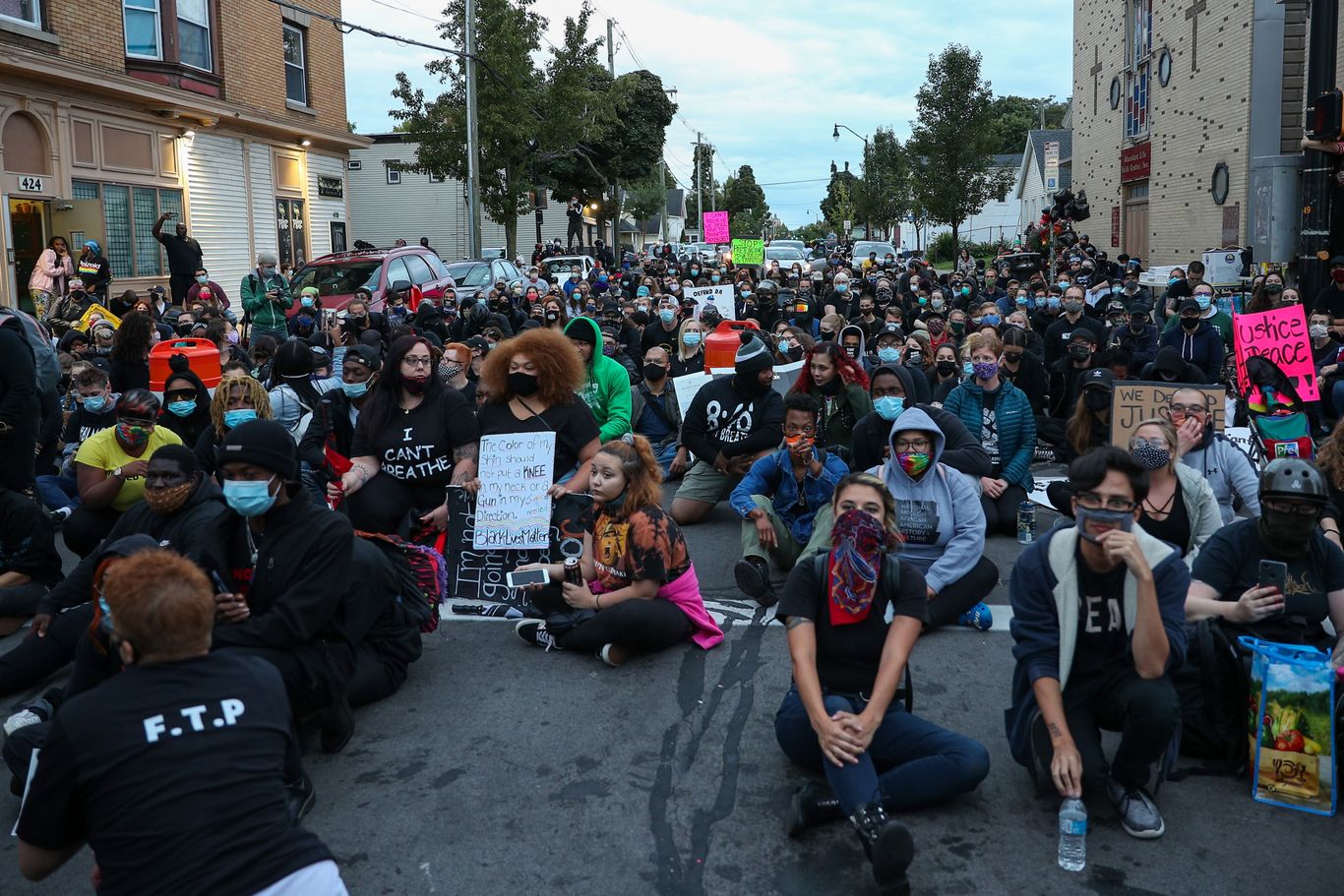 Lovely Warren, mayor of Rochester, New York, pledged reforms to the city’s police as protests continued Sunday over the death of Daniel Prude, a Black man who was experiencing mental health issues when he was detained.

Driving the news: Prude died seven days after being hooded and held down by Rochester police. Police Chief La’Ron Singletary said at a news conference with Warren he supported the changes and that he was “dedicated to taking the necessary actions to prevent this from ever happening again.”

What they’re saying: “The only way we are going to change institutional and structural and systematic racism in our city is to face it head on,” said Warren, who apologized for Prude being “failed by our police, our mental health care system, our society, and by me.”

The big picture: An autopsy ruled Prude’s March 30 suffocation death was a homicide, arising from “complications of asphyxia in the setting of physical restraint,” per Rochester First.

Editor’s note: This article has been updated with more details from Sunday’s protests and more context.