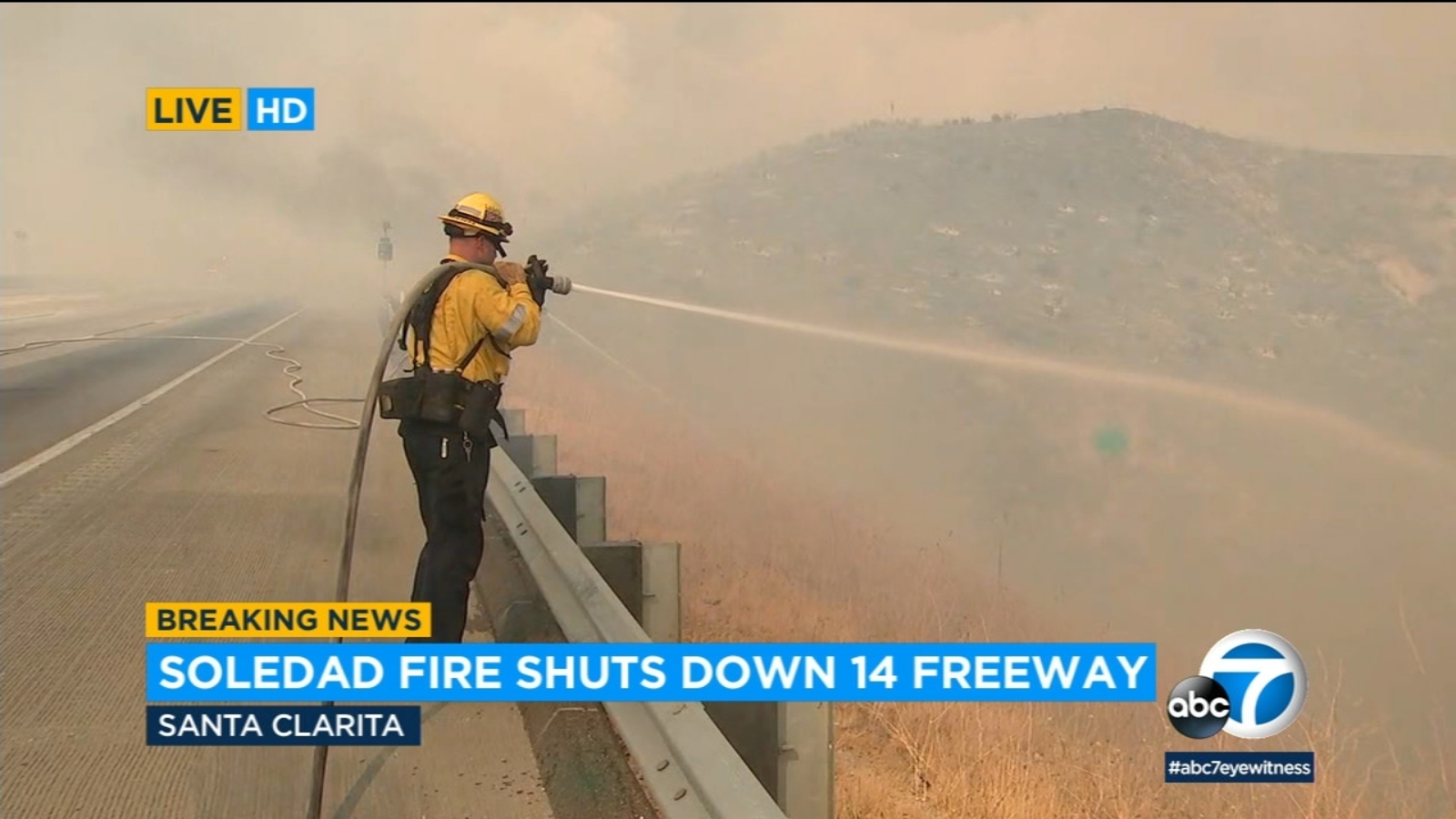 AGUA DULCE, Calif. (KABC) — A fast-spreading fire near Agua Dulce and Canyon Country has consumed a number 1,100 acres and resulted in a temporary shutdown of the 14 Freeway Sunday evening.

The Soledad Fire led to the shutdown of the Antelope Valley Freeway as firefighters, including at least one inmate crew, and aircraft operated to get the flames under control.

Evacuation orders have been in place for areas from Agua Dulce Canyon Road to Briggs and Soledad Canyon into the 14 Freeway. The Red Cross set up a parking lot as a temporary site for shelter, however, evacuees were required to stay in the vehicles, apparently because of COVID-19 restrictions.

The county’s Department of Animal Care and Control is using the Castaic Animal Care Center in 31044 Charlie Canyon Road to shield large creatures affected by the fire.

South Coast AQMD issued a smoke advisory through Monday afternoon, as winds push smoke to the east, impacting Acton and areas beyond the South Coast Air Basin. See ashes or people are requested to remain indoors with doors and windows closed whenever they smell smoke.

The California Highway Patrol reopened all southbound lanes shortly before 10: 20 p.m. Caltrans stated two lanes reopened on the north side, but two lanes are still closed.

The fire was reported about 3: 30 p.m. close to the freeway and Soledad Canyon Road.

It had been originally estimated at roughly 5 acres. However, it immediately spread with moderate breezes and low humidity. The flames jumped the freeway in less than half an hour. The new size quotes kept coming in fast – first to 150 acres and over moments to 400 acres and later to 800. By 8: 30 p.m., it was estimated at 1,100 acres and firefighters were bracing for a long night ahead.

‼️ADVISORY: Deputies are starting to conduct evacuations for #SoledadFire. If you live near the 14 fwy between Agua Dulce Canyon Road into Soledad Canyon Road, BE PREPARED TO EVACUATE. @PalmdaleSheriff @LACoFDPIO

An investigation into the cause of the fire is underway.