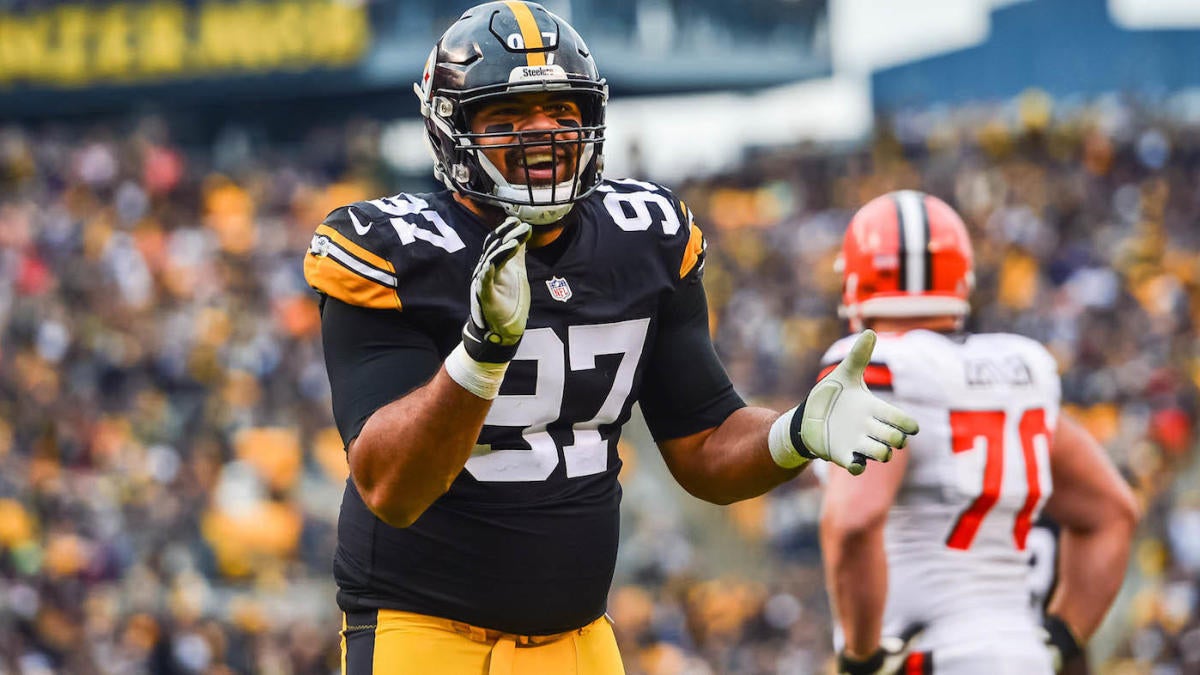 Cameron Heyward and the Steelers are finalizing a four-year, $71.4 million extension, according to ESPN’s Jeremy Fowler. Heyward, a three-time Pro Bowl defensive lineman, was entering the final year of his contract. Altogether, Heyward will make 75.1 million over five years.

“Pittsburgh is where I belong!” Heyward posted (along with a video) on his Twitter handle. The Steelers replied to Heyward with “HERE. WE. GOOOOOOOOOOO! We’re excited that you’re staying in Pittsburgh with a new 5-year deal through 2024!”

The 31st overall pick in the 2011 draft, Heyward became a starter in 2013. Over the past eight seasons, Heyward (the son of former NFL Pro Bowl running back Craig “Iron Head” Heyward) has become a key component of Pittsburgh’s defense. Heyward has recorded 54 sacks, 397 tackles, 79 tackles for loss, 30 passes defensed, six forced fumbles and five fumble recoveries in his career. A Pro Bowler each of the past three seasons, Heyward has recorded 29 sacks over the past three years while helping the Steelers’ defense become one of the league’s top units.

Heyward hasn’t been shy about his desire to remain a Steeler, saying as much during an interactive meeting with the media last month.

“I want to be here,” Heyward said, via Joe Rutter of the Pittsburgh Tribune-Review. “We’ll have to see what happens. We have a couple more weeks before the season. All I can focus on is what I can control, and we’ll leave it at that.”

While the unusual offseason delayed contract negotiations for every NFL team, Steelers president Art Rooney II recently emphasized that the Steelers had not closed the door on prioritized players’ contracts with the start of the regular season just around the corner. Rooney also emphasized that keeping Heyward in the fold was among the team’s top priorities.

“No doubt, Cam has been an outstanding player for us on and off the field,” Rooney said, via the Tribune-Review. “What he means in the locker room is tremendous. That is why we’d love to keep him, extend his contract. Whether it’s before the season or after the season, he’s going to be one of our priorities to make sure he’s next year as well.”

Heyward, the Steelers’ defensive captain for the past several seasons, decided not to take the NFL’s COVID-19 opt-out option for the 2020 season despite having asthma.

“I have really bad allergies that can affect my asthma,” Heyward said during training camp, via Ed Bouchette of The Athletic. “Right now pollen gets to me. Shoot, I can remember the last two games of last season my body was breaking down because I was dealing with a chest cold. I had my inhaler and my nebulizer a lot. Besides that, I’ve been pretty healthy with it. My mom has always told me don’t be a hero when it comes to playing with sports because I have asthma. I’m a little hard-headed. We play a very violent game. It’s not that great on our bodies.”