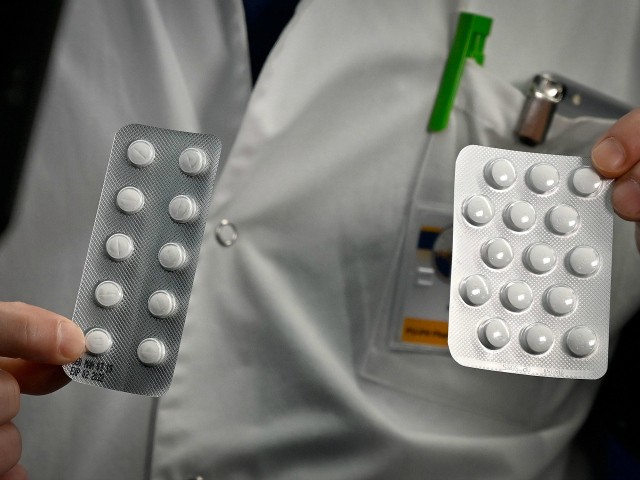 The study that led the U.N.’s World Health Organization (W.H.O.) to halt clinical trials of the drug hydroxychloroquine (HCQ) as a treatment for the infection caused by the Chinese coronavirus has been called into question.

Physicians and researchers are raising concerns about the study, published in the Lancet, that stem from the fact that the source of some of the data for the study could not be determined.

The study upon which the W.H.O. based its decision reported it found no benefit of HCQ to COVID-19 patients who received the malaria drug since the researchers said they were dying at higher rates and experiencing an increased frequency of heart arrhythmias compared to patients with other viruses.

Although observational studies cannot fully account for unmeasured confounding factors, our findings suggest not only an absence of therapeutic benefit but also potential harm with the use of hydroxychloroquine or chloroquine drug regimens (with or without a macrolide [antibiotic]) in hospitalised patients with COVID-19.

The research team, led by Brigham and Women’s Hospital Heart and Vascular Center in Boston, reported of the 96,000 patients hospitalized with COVID-19 during the study period, about 15,000 received HCQ alone or combined with antibiotics. The control group contained the other 81,000 patients, who were not treated with drugs.

The authors of the study said among the data they received were those from five Australian hospitals that documented, as of April 21, 600 COVID-19 patients and 73 deaths.

However, as the Guardian Australia reported, Johns Hopkins University data showed “only 67 deaths from COVID-19 had been recorded in Australia by 21 April. The number did not rise to 73 until 23 April.”

“The data relied upon by researchers to draw their conclusions in the Lancet is not readily available in Australian clinical databases, leading many to ask where it came from,” the report noted.

In response to Guardian Australia’s questions about the data, the Lancet replied the study’s lead author said he received his data from a healthcare data analytics company called Surgisphere, the founder of which admitted they had mixed up data from an Asian hospital with those from Australia.

While the Surgisphere founder said the data error did not alter the findings of the study, Dr. Allen Cheng, an infectious disease physician from Alfred Health in Melbourne, said the names of the Australian hospitals should be made public and that he had never heard of Surgisphere.

“Usually to submit to a database like Surgisphere you need ethics approval, and someone from the hospital will be involved in that process to get it to a database,” Cheng told Guardian Australia. “If they got this wrong, what else could be wrong?”

He also questioned the fact that the Lancet study had only four authors.

“Usually with studies that report on findings from thousands of patients, you would see a large list of authors on the paper,” he said. “Multiple sources are needed to collect and analyse the data for large studies and you usually see that acknowledged in the list of authors.”

Other physicians tweeted their concerns about the Lancet study:

When asked to reveal the hospitals the data came from, Surgisphere refused

Lancet registry study has problems. CQ and HCQ patients were sicker, and using a qSOFA categorical score and categorical O2 sat is a poor way to adjust for severity. Largest anomaly is 7.7% of control pts were vented; CQ and HCQ were 3-fold higher – being sicker, which is why Rx.

Another study conducted at Yale School of Public Health by Dr. Harvey Risch and published Wednesday at the American Journal of Epidemiology focused on the use of HCQ and azithromycin in early outpatient treatment.

Risch found that in five studies, including two controlled clinical trials, the drugs showed “significant major outpatient treatment efficacy” and concluded HCQ and azithromycin “need to be widely available and promoted immediately for physicians to prescribe.”

“Hydroxychloroquine+azithromycin has been widely misrepresented in both clinical reports and public media,” he noted, observing as well that “Remdesivir has shown mild effectiveness in hospitalized inpatients, but no trials have been registered in outpatients.”

Hydroxychloroquine+azithromycin has been used as standard-of-care in more than 300,000 olderazithromycinazithromycin adults with multicomorbidities, with estimated proportion diagnosed with cardiac arrhythmias attributable to the medications 47/100,000 users, of which estimated mortality is <20%, 9/100,000 users, compared to the 10,000 Americans now dying each week.

Additionally, a cohort study conducted with 3,737 patients in Marseille, France, and published at Méditerranée Infection on Wednesday as well, found treatment with HCQ and azithromycin (AZ) was associated with a decreased risk of transfer to the ICU or death, lowered risk of hospitalization for more than ten days, and a shorter period of viral shedding.

“Early diagnosis, early isolation and early treatment with at least 3 days of HCQ-AZ result in a significantly better clinical outcome and contagiosity in patients with COVID-19 than other treatments,” the study concluded:

The Globalist Fear Police will not like this….. another study released today with over 3,000 patients reveals the EFFECTIVENESS of Hydroxy- Azith with only 3 patients having to stop the medications due to cardiac issues! @kksheld @Lrihendry @SidneyPowell1 @janehughesmd https://t.co/RmvyGjIPh1

In a column at the Association of American Physicians and Surgeons, Dr. Elizabeth Lee Vliet, wrote of the significance of HCQ, coupled with zinc, to be used at early onset of COVID-19 symptoms.

“More studies have replicated these findings,” she explained. “HCQ given within the first week of symptoms, especially with zinc, can prevent the virus from entering your body’s cells and taking over, much like people use locks and alarms to stop burglaries”:

“Waiting until you are in the ICU is like installing home locks and alarm system after burglars have invaded, vandalized your home, and stolen all your valuables,” Vliet added.