It’s #NMF, so you should be waiting to get your copy of Kendrick’s last album, Mr Morale & the Big Steppers. (Check out “We Cry Together”, w/Taylor Paige. You’ll also find top offerings from Millyz, Blac Youngsta and DaBaby. 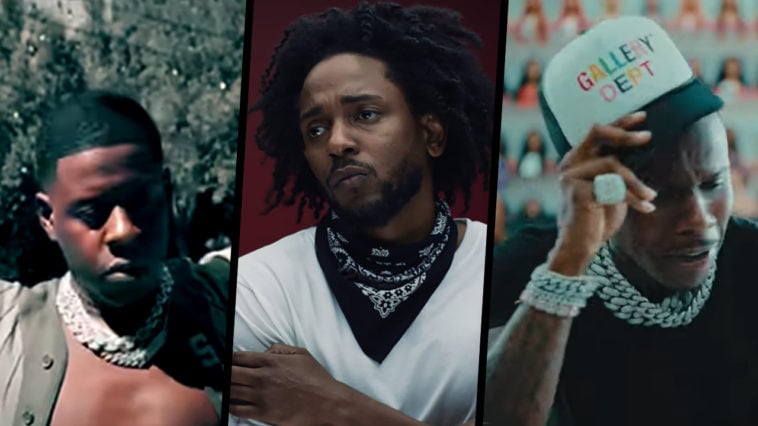 This week, Kendrick Lamar released the cover art for his much-anticipated “Mr. Morale & The Big Steppers” album and the video for the fifth single in the Heart song series, “The Heart Part 5.” Lamar dropped multiple subliminals as he used deepfakes to morph into maligned figures, including Nipsey Hussle, Kobe Bryant, O.J. Simpson and Kanye West.

DaBaby just dropped Bonnet with the incarcerated Pooh Shiesty. This is a welcome return to music and away from all of the distracting personal drama and headlines the “Suge” rapper has faced in the last few months.

Post Malone Is “Cooped Up”, with a feature by Roddy Ricch.

Millyz Looks Into “The Rearview Mirror”.