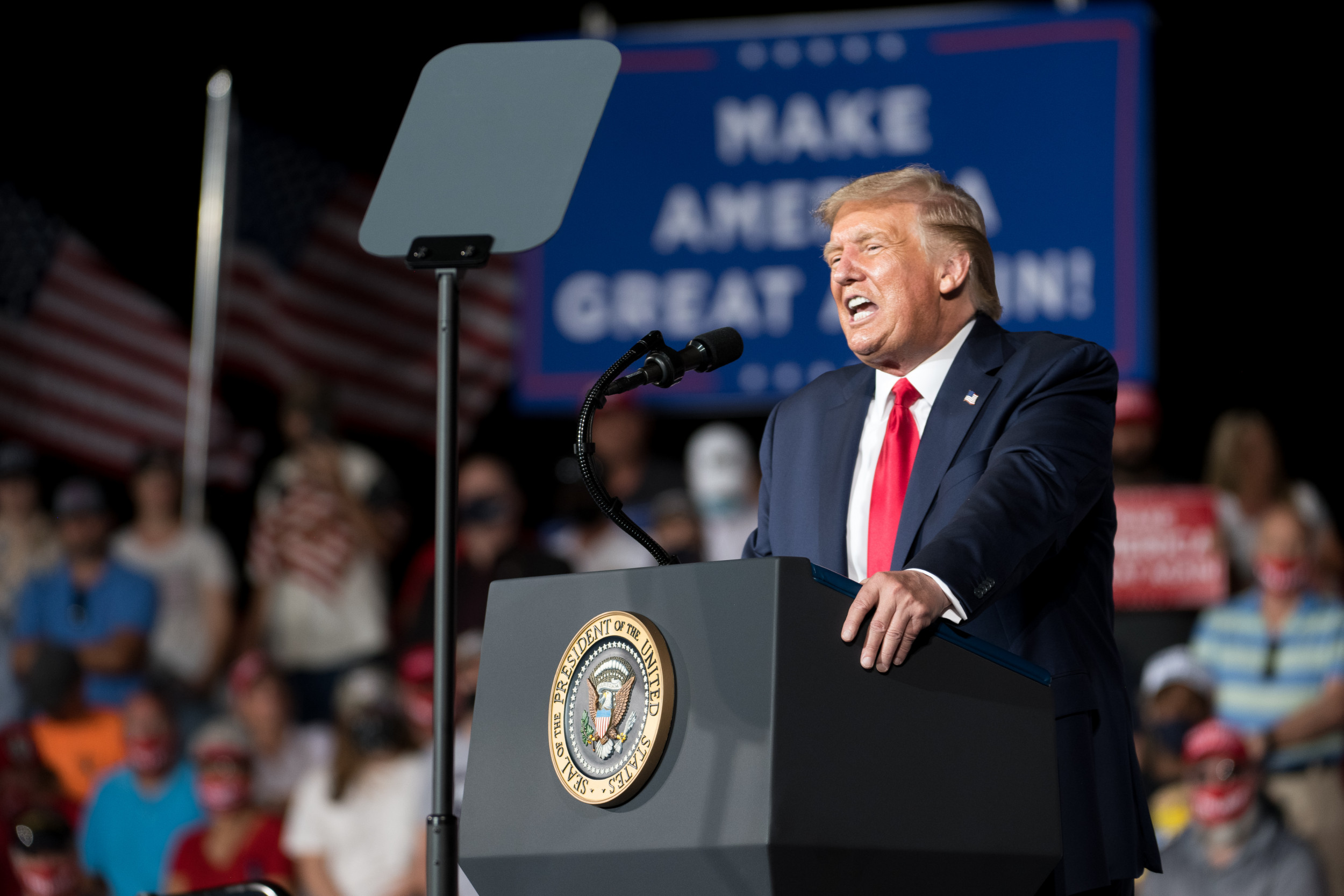 President Donald Trump’s approval rating does not appear to have been impacted by controversy in the wake of a recent Atlantic article claiming he had repeatedly made disparaging remarks about U.S. military members.

Trump’s job approval rating hit 47 percent in a Hill-HarrisX poll released Tuesday, his highest rating in the poll since June. The poll was conducted online among 2,832 registered voters from September 5 to 8. It has a margin of error of 1.84 percent.

A slim 52 percent majority of men approved of Trump, while 58 percent of women disapproved. His approval rating among white voters was 54 percent, with 19 percent of Black voters and 37 percent of Hispanic voters approving.

The only age group to give Trump a positive approval rating was the 35-49 demographic, with 57 percent approving. Every other age group, including those over 65, disapproved by at least 56 percent.

The Atlantic article claiming that Trump had engaged in a series of disparaging comments and behavior towards U.S. service members, including calling those who died in wars “losers” or “suckers,” was published two days before the survey began.

Major elements of the article, which cited four anonymous sources the paper claimed had direct knowledge, were later confirmed by multiple outlets including the Associate Press and Fox News. Newsweek has not independently verified the claims, which Trump and his allies have strongly denied.

Although the Hill-HarrisX approval poll suggests that fallout from the claims may not have dented Trump’s approval ratings, other polls are less favorable for the president. Trump’s average approval rating appears to have risen somewhat in recent months, but most polls continue to show him hovering around the low-to-mid 40 percent mark.

Some polling in crucial swing states could also hint at bad news for the president. A poll released Monday from Rasmussen Reports shows him losing to former Vice President Joe Biden by 8 percent in Wisconsin, while a Tuesday Rasmussen poll indicates he is 4 percent behind Biden in Ohio. Rasmussen is the pollster that has given Trump the most consistently elevated approval ratings, with his most recent rating at 50 percent.

Newsweek reached out to the Trump campaign for comment. This story will be updated with any response.