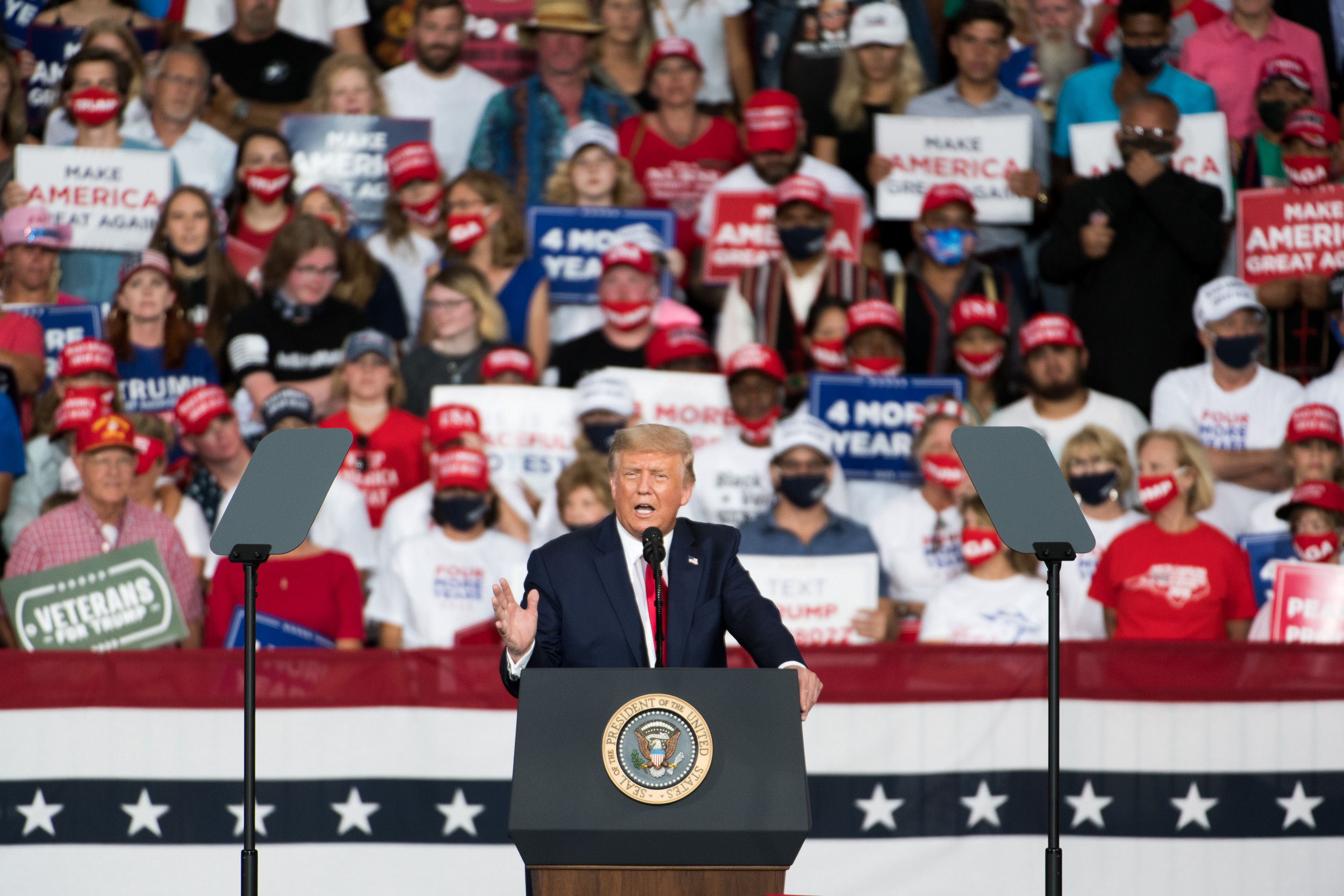 President Donald Trump on Tuesday said the timeline for a Covid-19 vaccine could be a “question of weeks” hours after a late stage clinical trial for a leading vaccine candidate was halted due to an unexplained illness experienced by a participant.

AstraZeneca called their decision to voluntarily pause progress on trials for the vaccine, developed with University of Oxford researchers, a “routine action.” The company is one of three—along with Moderna and Pfizer—to begin Phase 3 trials for a potential coronavirus vaccine as part of the White House’ Operation Warp Speed Initiative.

Despite the snag, Trump, who has been pushing for a vaccine to be released before Election Day, said a vaccine could be “only a question of weeks” away during a campaign rally in North Carolina on Tuesday evening. He repeatedly reiterated his belief that if it doesn’t come in that time, it will certainly come before the end of 2020.

“Under Operation Warp Speed, we’re producing a vaccine in record time,” the president said. “This is a vaccine that we’re going to have very soon. Very, very soon. By the end of the year. But much sooner than that perhaps.”

“It’s only a question of weeks or a small amount of time,” he added, referring to a potential vaccine. “Instead of saying ‘that’s a great thing, we’re going to save lives,’ they’re trying to disparage it.

“This would have taken two or three years by the last administration and in all fairness, by most other administrations. We have upped it to a level that nobody even believes is possible, and totally safe.”

AstraZeneca began the process of recruiting up to 30,000 U.S. participants in late August for their phase 3 trials to join a group of existing participants from the U.K., Brazil and South Africa.

In a statement obtained by Newsweek on Tuesday, a spokesperson for AstraZeneca said “as part of the ongoing randomised, controlled global trials of the Oxford coronavirus vaccine, our standard review process was triggered and we voluntarily paused vaccination to allow review of safety data by an independent committee.”

“This is a routine action which has to happen whenever there is a potentially unexplained illness in one of the trials, while it is investigated, ensuring we maintain the integrity of the trials,” the spokesperson added. “In large trials, illnesses will happen by chance but must be independently reviewed to check this carefully.”

The latest AstraZeneca development has no impact on the other two trials, which are still ongoing as of Tuesday.