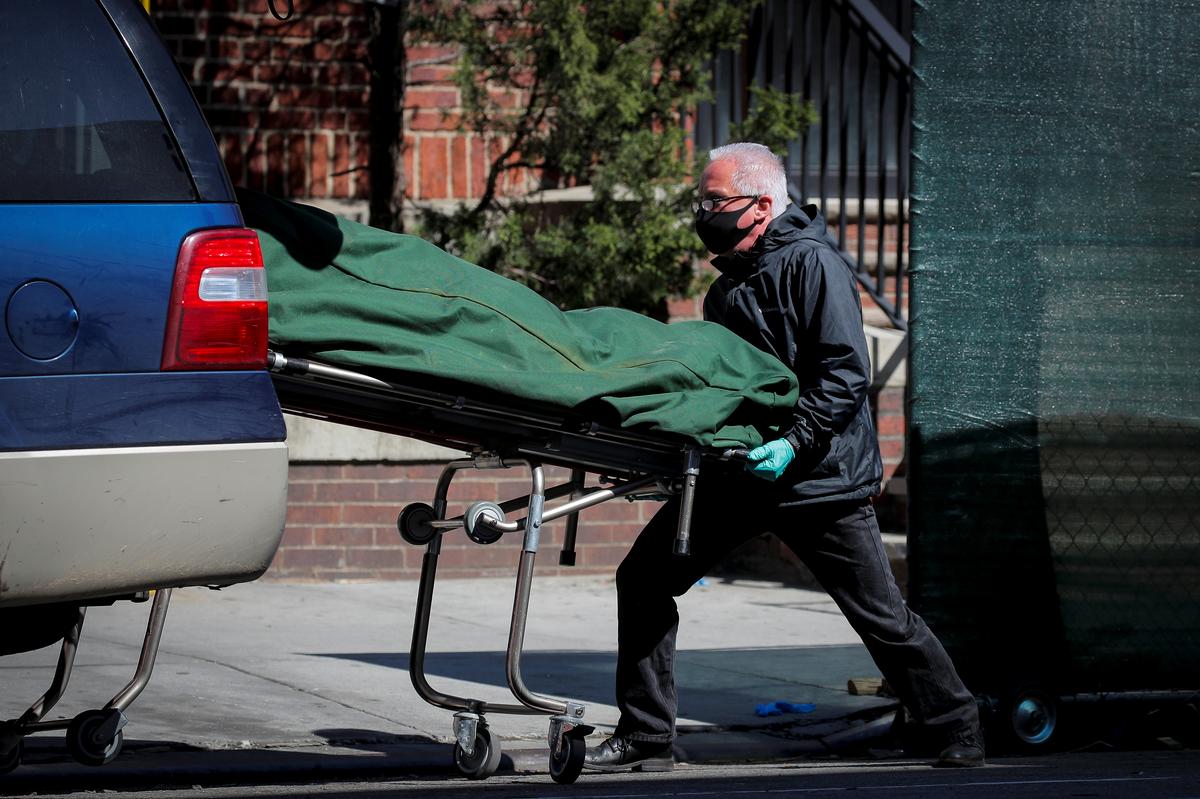 (Reuters) – U.S. deaths from the novel coronavirus topped 100,000 on Wednesday even as the daily average death toll declines, businesses reopen and Americans emerge from lockdowns across the country.

FILE PHOTO: The body of a deceased person is prepared to be transferred at the Brooklyn Hospital Center, during the outbreak of the coronavirus disease (COVID-19) in the Brooklyn borough of New York City, New York, U.S., April 28, 2020. REUTERS/Brendan McDermid

GRAPHIC: Tracking the novel coronavirus in the U.S. – here

The U.S. death toll is higher than fatalities from the seasonal flu going back to the 1957-1958 season, when 116,000 died. In about three months, COVID-19 deaths exceed the number of Americans killed in the Korean War, Vietnam War and the U.S. conflict in Iraq from 2003-2011 – combined.

The coronavirus has killed more people than the AIDS epidemic did from 1981 through 1989.

Total U.S. coronavirus cases are over 1.7 million with some southern states seeing new cases rising in the past week, according to a Reuters analysis of data from The COVID Tracking Project, a volunteer-run effort to track the outbreak.

(Open tmsnrt.rs/2WTOZDR in an external browser for a Reuters interactive)

Globally, coronavirus cases have topped 5.6 million with over 350,000 deaths since the outbreak began in China late last year and then arrived in Europe and the United States. South America is now bearing the brunt of the outbreak, with Brazil having the second-highest number of cases in the world.