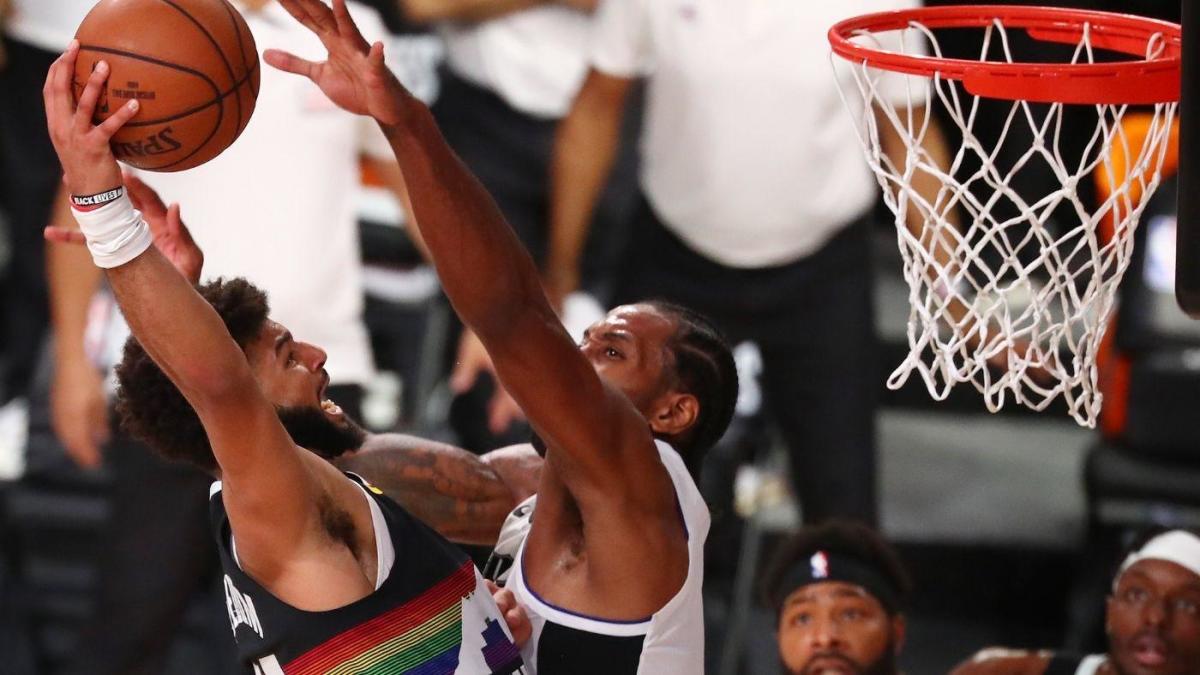 Kawhi Leonard’s defense likely rubs most offensive players the wrong way, but they shouldn’t take it personally. He locks up almost everyone he defends. He is an equal-opportunity stopper, but if Jamal Murray wanted to be a little offended after what Leonard did to him on Monday, nobody would blame him.

The play came with 1:47 remaining in the fourth quarter. The Clippers, after having trailed by as many as 12, had finally regained the lead in the closing minutes. To finish the Nuggets off, they’d need to shut down an offense that, entering Monday, had scored over 150 points per 100 possessions in clutch situations in the playoffs. Denver gave the ball to Jamal Murray, one of the postseason’s breakout stars, and watched him drive to the basket for a dunk attempt. On first glance, it appeared as if he simply didn’t get enough elevation and was blocked by the rim. On further inspection? Leonard managed to block the shot… using his middle finger.

It’s worth remembering that, social implications aside, the middle finger is the longest finger. It stands to reason that particularly close shot-block attempts might come down to the defender giving the finger to an opponent.

The block helped put the Clippers up 2-1 on the Nuggets, who, despite their underdog status, very nearly took two games in a row off of the current championship favorites. Cruelness of the block aside, you know what they say: nice guys finish last.