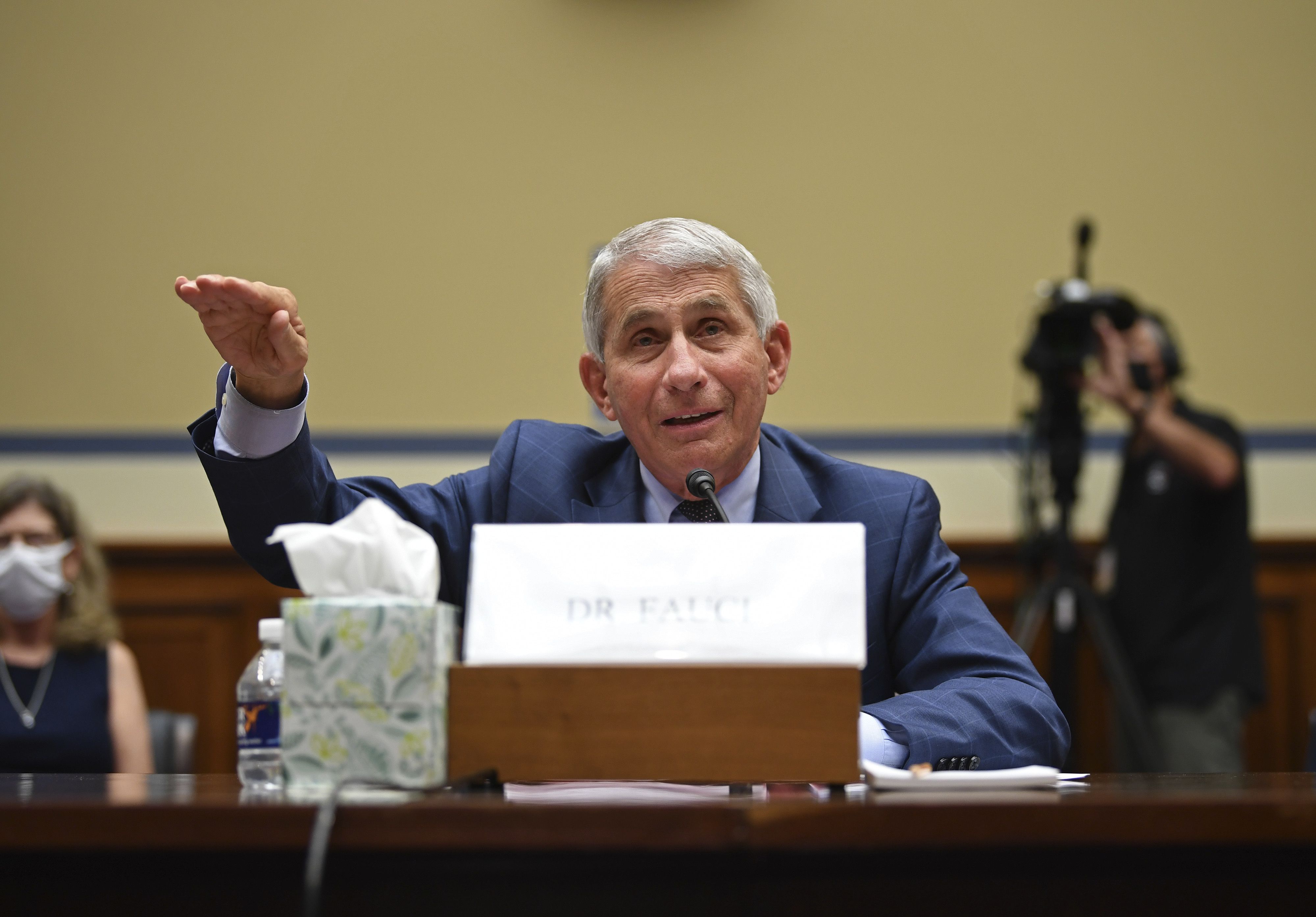 WASHINGTON — Once a coronavirus vaccine is approved as safe and effective, Americans should have widespread access within a reasonable time, Dr. Anthony Fauci assured lawmakers Friday.

Appearing before a House panel investigating the nation’s response to the pandemic, Fauci expressed “cautious” optimism that a vaccine would be available, particularly by next year.

“I believe, ultimately, over a period of time in 2021, that Americans will be able to get it,” Fauci said, referring to the vaccine.

There will be a priority list for who gets early vaccinations. “I don’t think we will have everybody getting it immediately,” Fauci explained.

But “ultimately, within a reasonable time, the plans allow for any American who needs the vaccine to get it,” he added.

Under direction from the White House, federal health authorities are carrying out a plan dubbed Operation Warp Speed to manufacture 300 million doses of a vaccine on a compressed timeline.

Fauci, the nation’s top infectious disease official, said a quarter-million people have expressed interest in taking part in studies of experimental vaccines for the coronavirus.

He said that 250,000 people have registered on a government website to take part in vaccine trials, which are pivotal for establishing safety and effectiveness. Not all patients who volunteer to take part in clinical trials are eligible to participate.

At a time when early progress seems to have been lost and uncertainty clouds the nation’s path forward, Fauci is calling on lawmakers — and all other Americans — to go back to public health basics such as social distancing and wearing masks.

The panel, the House Select Subcommittee on the Coronavirus Crisis, is divided about how to reopen schools and businesses, mirroring divisions among Americans. Committee Chairman Rep. James Clyburn, D-S.C., said the White House must come up with a comprehensive national plan to contain the virus. Ranking Republican Steve Scalise of Louisiana said the Trump administration has plans already on vaccines, testing, nursing homes and other coronavirus-related issues.

A rebound of cases across the South and the West has dashed hopes for a quick return to normal life. Problems with the availability and timeliness of testing continue to be reported. And the race for a vaccine, though progressing rapidly, has yet to deliver a breakthrough.

Fauci’s public message in recent days has been that Americans can’t afford a devil-may-care attitude toward COVID-19 and need to double down on basic measures such as wearing masks in public, keeping their distance from others and avoiding crowds and indoor spaces such as bars. That’s echoed by Redfield and Giroir, though they are far less prominent.

Fauci’s dogged persistence has drawn the ire of some of President Donald Trump’s supporters and prompted a new round of calls for his firing. But the veteran of battles against AIDS and Ebola has stuck to his message, while carefully avoiding open confrontations with the Trump White House.

In an interview with The Associated Press earlier this week, Fauci said he was “disturbed” by the flat-out opposition in parts of the country to wearing masks as a public health protective measure.

“There are certain fundamentals,” he said, “the staples of what you need to do … one is universal wearing of masks.”

Public health experts say masks help prevent an infected person who has yet to develop symptoms from passing the virus to others. For mask wearers, there’s also some evidence that they can offer a degree of protection from an infected person nearby.

Fauci said in his AP interview that he’s concerned because the U.S. has not followed the track of Asian and European nations also hit hard by the coronavirus.

Other countries that shut down their economies knocked back uncontrolled spread and settled into a pattern of relatively few new cases, although they continued to experience local outbreaks.

The U.S. also knocked back the initial spread, but it never got the background level of new cases quite as low. And the resurgence of COVID-19 in the Sunbelt in recent weeks has driven the number of new daily cases back up into the 60,000-70,000 range. It coincided with economic reopening and a return to social gatherings, particularly among younger adults. Growing numbers of emergency room visits,